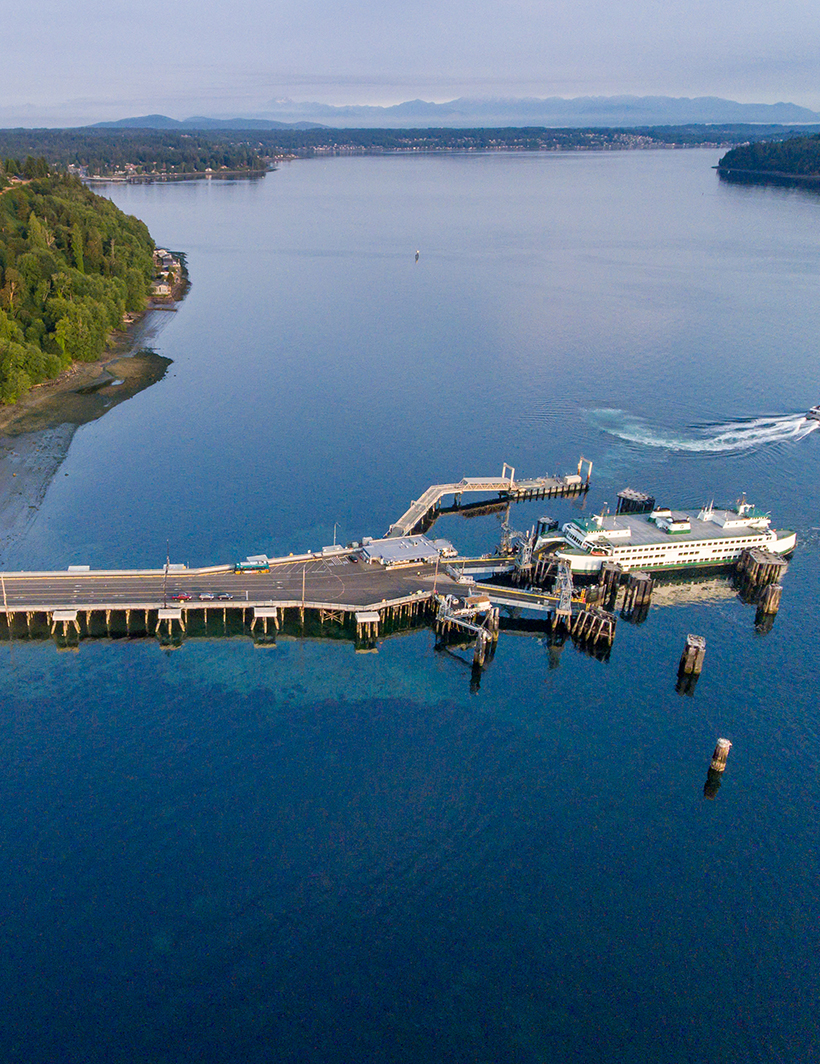 In 2011 KPFF began working with Washington State Ferries (WSF) to perform a seismic hazard analysis of 12 timber trestles located at various ferry terminals within Puget Sound. The trestles provide the link between shore and the ferry vessel, with each one varying in size, configuration, soil type, and structural condition. One of the greatest perceived risks, and one of the largest capital budget items facing WSF, is damage or collapse of the trestles due to seismic activity. Working closely with WSF personnel, the project geotechnical engineer, and an economist, KPFF performed a site-specific demand-to-capacity analysis for each structure to develop failure scenarios for various seismic events. The failure scenarios were then coupled with life cycle cost modeling (LCCM) techniques to assess risk in terms of an annualized life cycle cost associated with doing nothing, refurbishing the existing trestles, or completely replacing the trestles. One of the structures identified as a candidate for seismic upgrade (rather than replacement) was the Vashon Ferry Terminal Trestle.KPFF developed permitting and bid documents for seismic upgrade of the trestle to meet current AASHTO performance requirements. The retrofit strategy consisted of externally bracing the 60 year-old timber trestle to ensure that operations are maintained after a 100 year seismic event and that life safety/collapse prevention is maintained during a 1,000 year event. A performance-based design approach was used to analyze and design the trestle system and included evaluation of bridge seat, lift tower, and tie-up slip support structures. This is a “first of its kind” project for WSF and will serve as a prototype for future terminal improvement projects. Construction was completed in summer 2016.

KPFF is an absolute team player. Their management style helped move the design team forward with all of the concerns other disciplines had; environmental, geotechnical, security, civil and operations. KPFF always comes to meetings well prepared.