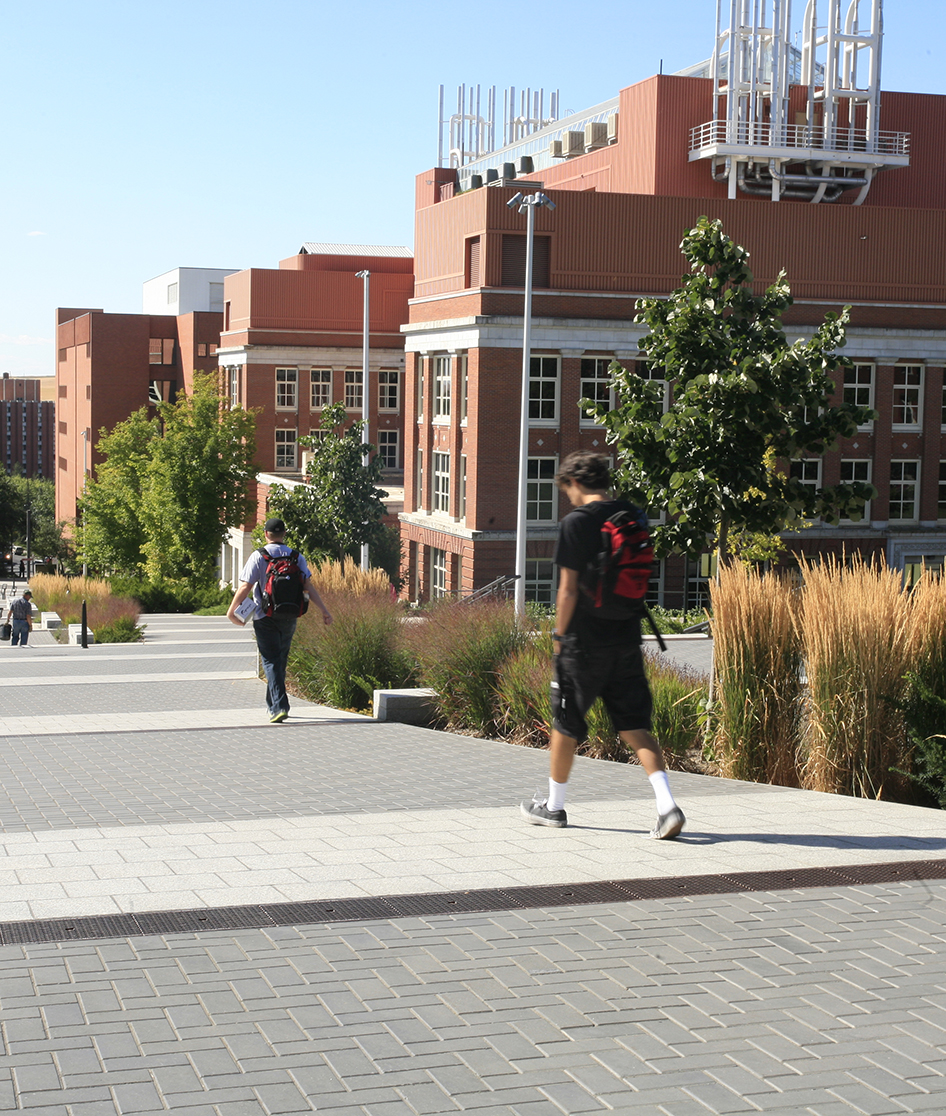 KPFF managed the transformation of an existing vehicular road into a pedestrian walkway in the heart of the WSU campus. As the prime consultant, KPFF provided civil and structural engineering and assembled a creative team of architects, landscape architects, lighting designers, and other engineering disciplines. KPFF also developed a signing and channelization plan for this redevelopment project that revised four existing two-way streets to one-way operation. The project reintroduced pedestrians to a space that they now dominate while integrating the vehicle as a secondary user to the corridor. Materials such as concrete unit pavers, granite, architectural concrete for walls, and integration of stairs and landscaping express the pedestrian vernacular over the vehicle. The project is 1,500 feet long and includes a new transit hub.

After design, KPFF assumed the prime consultant role to administer the bid and construction phases similar to our previous work with WSU documented above. The project construction cost is $2.5 million.