cy of dirt/rock between export and import 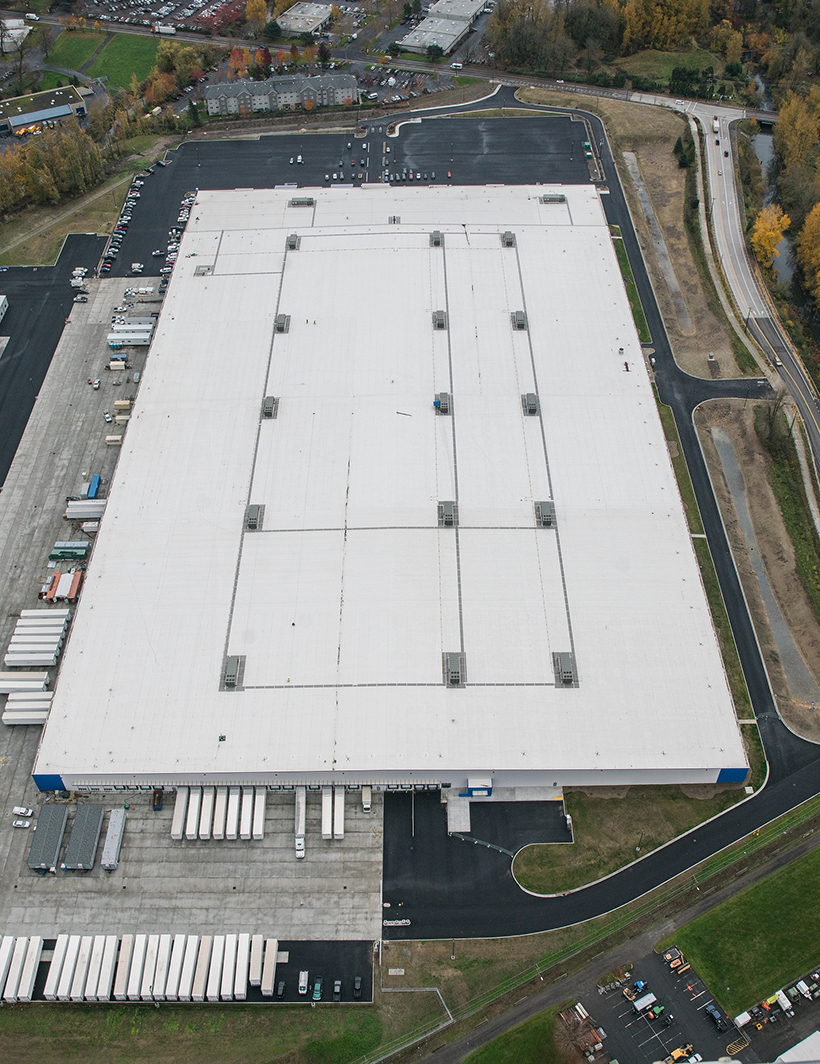 KPFF led civil engineering and site design for the new 818,000 SF U.S. Postal Service facility on a 48-acre site near the Portland International Airport. The 818,000 SF Processing and Distribution Center and 29,000 SF Vehicle Maintenance Facility allows USPS to operate on a massive regional scale, handling mail for both Oregon and a part of Washington state. The former processing facility was in downtown Portland in an active urban site in the Pearl District. The KPFF team provided a backbone of solid engineering and design to support this ambitious project of epic scale. The project’s site challenges included poor soil conditions, environmental zones, contaminated soil, and managing stormwater on a flat site. This was accomplished through sophisticated stormwater systems, multi-phase surcharging and the complexity of a multi-stage building process. The building was constructed in three parts, from the “outside in” to allow for the soil to settle in phases.

The Portland P&DC and VMF is an inspiring story about a large team coming together in an ambitious project to create the second largest postal distribution center in the United States, under an aggressive time frame, constructed during the wettest and snowiest Portland winter on record. Together the KPFF/Tapani/Korte Team mitigated every challenge the weather presented, delivering a $90 million plus project 6 months early, with superior quality, Best Value, no claims, while exceeding USPS expectations. The Team’s efforts earned the USPS Outstanding Supplier Award, the only Facility Contractor to win this Award from over 17,000 USPS Suppliers.