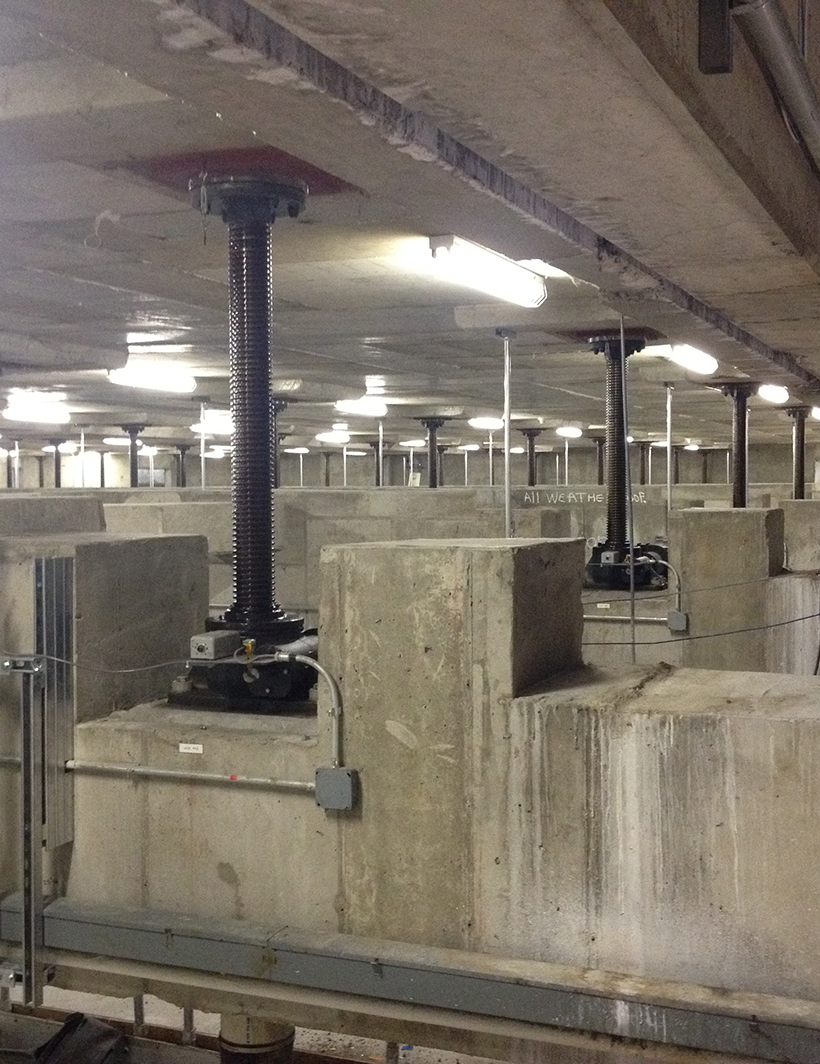 KPFF led the redesign of the Target Center Arena in Minneapolis, MN. KPFF provided mechanical engineering services for rehabilitation of machinery and controls for the floor lift system in the Target Center Arena. The floor, weighing approximately 4 million pounds, can be raised and lowered 60” to change the arena configuration for hockey or basketball.

The existing jack system had experienced multiple failures, preventing the arena from hosting hockey. KPFF performed an extensive inspection and analysis of the floor, jacks, and controls, and determined that the problem was an issue of poor control methodology and systems in the original design. With an EE sub, KPFF also designed a full replacement control system.