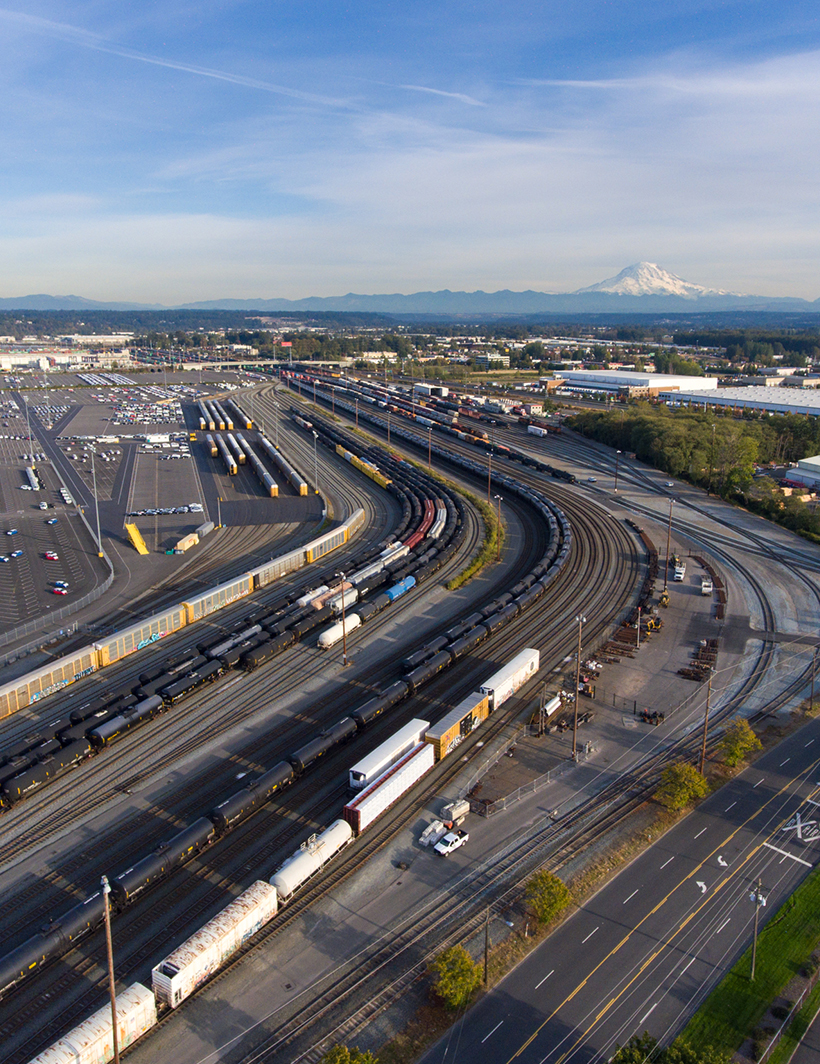 To accommodate growth in Port intermodal and bulk cargo demand, the Port initiated the North Lead project to construct new rail infrastructure within an approximately 1.5 mile long corridor along the southern margin of the Port, with an objective of optimizing intermodal fluidity and capacity in the Port and enhancing the efficiency of rail service to Port terminals. The project corridor is a nexus of rail infrastructure serving the Port, nearby private industrial facilities, Class 1 interchange, and freight classification. Working collaboratively, Port operating staff and Tacoma Rail (the City-owned shortline serving the Port) detailed timing records for each train movement within the tideflats over a one month period were used to develop a simulation model for the existing rail network and calibrated to match the actual outcomes shown in the records of train movements. Alternatives for infrastructure development and operational strategies were modeled using current rail traffic and projected future rail traffic to identify the best short term and long term options to match capacity to demand, and maximize the efficiency of service to the Port’s terminals. Options for infrastructure improvements were evaluated based on their ability to support multiple concurrent movements and flexible routings within the highly constrained rail corridor.

Key elements of project design included phasing of construction while maintaining rail operations in the corridor and accommodating future expansion and extension of the corridor to match future growth in demand and increased train lengths. KPFF developed a 12 stage construction sequencing plan that allowed the rail improvements to be built with acceptable levels of disruption to rail traffic. In addition to approximately 4 miles of track and special trackwork, KPFF’s design included yard lighting, access roads, and stormwater management systems. The North Lead Rail Corridor was partially funded by a Washington State Department of Commerce Grant. Throughout design and construction, KPFF provided design documentation and support services for compliance with the grant program requirements.

Throughout the project the planning and design services provided by [KPFF was] outstanding. As we now see an increase in rail capacity and fluidity throughout the Port of Tacoma rail infrastructure, we can appreciate our efforts in completing this meaningful project. We would like to take the opportunity to express our appreciation for work accomplished to date by the KPFF staff.