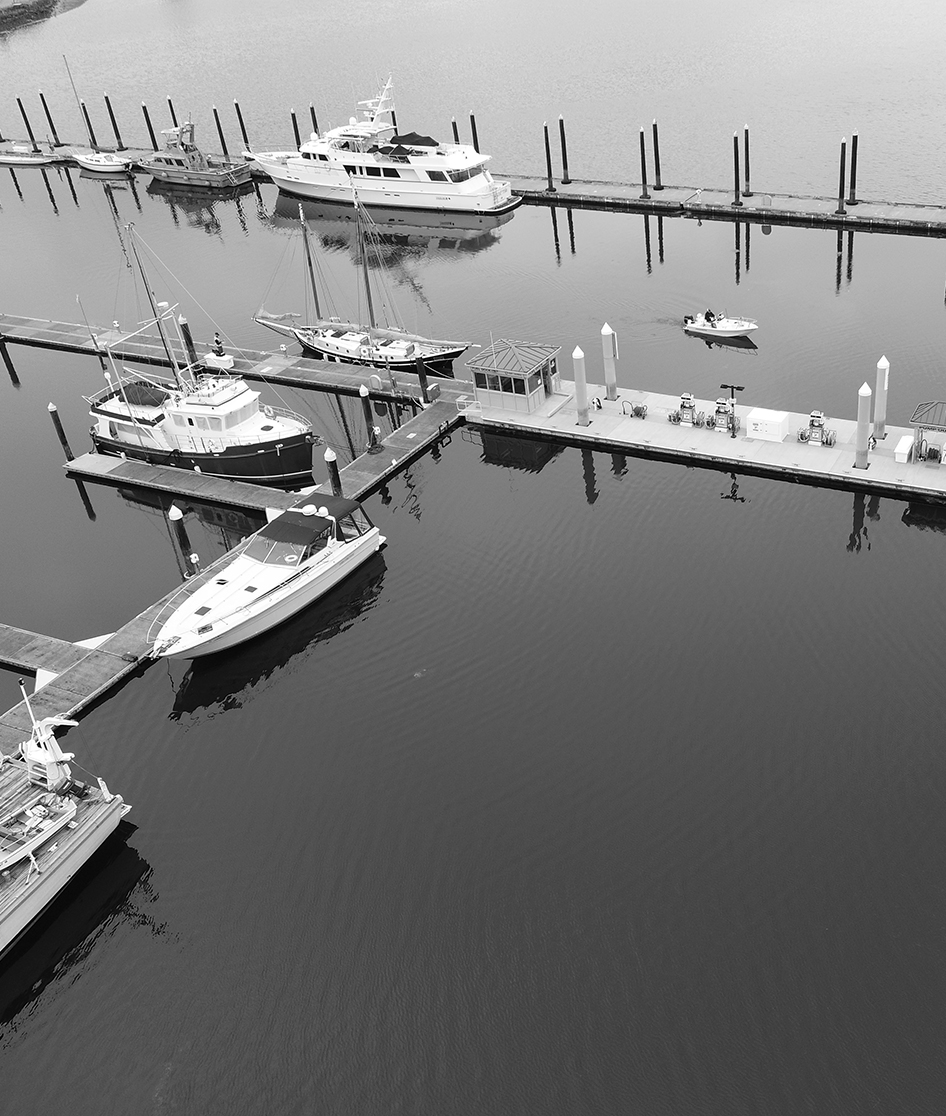 KPFF provided Prime Project Management, Civil Engineering, Structural Engineering, Mechanical Engineering, and Surveying services to the Port of Olympia for the development of a new public marine fueling facility located on Port property. The project included two phases of engineering services; a feasibility study followed by design and construction. The first objective of the project was to evaluate the feasibility of developing and operating a new Marine Fueling Facility. The purpose of the Feasibility Study was to assist the Port in making a decision on proceeding with the project, as well as establishing design criteria and concepts that will carry forward into final design and construction. KPFF’s scope of work included evaluation of four potential marine fueling sites located on the Port Peninsula. Tasks included information gathering, code research, concept development, permit evaluation, cost estimation, preparation of a feasibility report, and making multiple presentations to the Port Commission and the public.The feasibility study produced a concept for a preferred fueling station located at Swantown Marina, facility sizing considerations and design criteria, as well as budgetary cost and scheduling data. The Port used the preliminary design documents to apply for environmental permits and grant funding for the project, both of which were obtained.KPFF worked closely with the Port to advance the preliminary design into construction documents (plans, specifications, and cost estimate). KPFF’s scope included managing subconsultants for plumbing, electrical, fire suppression, and geotechnical engineering as well as a permitting specialist and an arborist. The final design concept consisted of installing a new 20′ x 100′ concrete fuel float restrained by 4 steel pipe piles. The new float replaced an existing float of similar size, but restrained with creosote treated timber piles (which were removed). In addition to gas and diesel dispensers, amenities on the float include a covered, 2-station pump out system, an attendant booth, lighting, potable water, and spill response material. The project also included the installation of Underground Storage Tanks (USTs) below the boat launch turn-around area.The fuel supply lines from the tanks were routed underneath an existing aluminum gangway to a new float at the offshore end of the gangway. The lines were then routed through an existing utility chase within the marina floats for over 700 feet to the new fuel float, which posed a unique challenge related to obtaining approval from the City Fire Marshall. KPFF worked with the Fire and Building Departments to obtain all necessary building permits for the project. Fueling station construction broke ground in fall of 2016 and KPFF provided on-going construction support services through project completion in the spring of 2017.