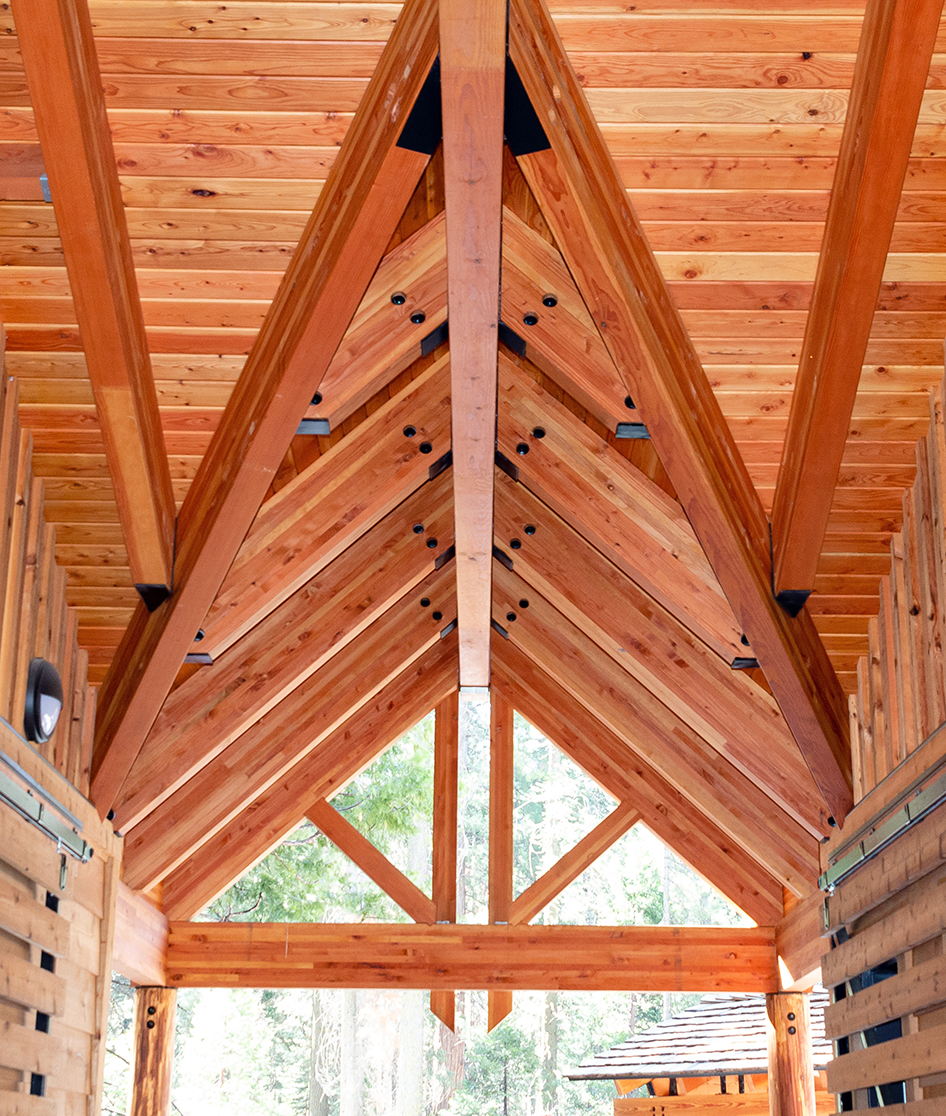 KPFF provided structural engineering for the design of new facilities for the South Entrance and Lower Grove portions of the park. Multiple new structures were constructed including comfort stations, transit shelters, and interpretive structures featuring heavy timber trusses. The design goal for the timber framing was to provide a modern heavy timber aesthetic while honoring the historic character of timber buildings found elsewhere within Yosemite. Visible connections were kept to a minimum.