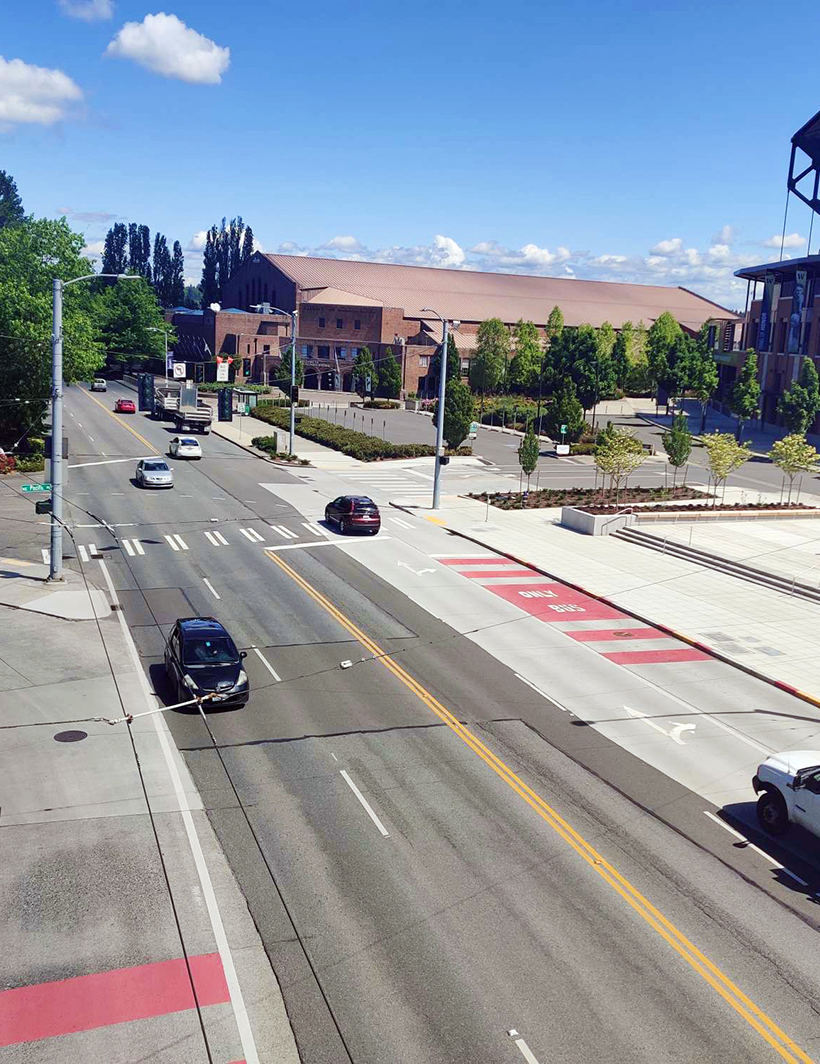 KPFF was the prime consultant for an improvement project along Montlake Boulevard near the University of Washington’s Hospital and Sound Transit’s link light rail station. Major project elements include reconstruction of a major urban arterial intersection, construction of several new bus zones, a new bus-only queue jump lane, utility improvements, and reconstruction of a UW plaza. KPFF successfully advanced this ~$5M project from concept planning to advertisement on schedule and within budget in seven months. Project delivery was aided by KPFF’s proactive communications with the client and stakeholders when resolving conflicting visions and needs for the same physical space. The project was a major success and was delivered below budget and met a critical schedule window. It also provides excellent connectivity for East Lake Washington transit riders to the link light rail system. The project was awarded King County Metro’s Internal project of the year.