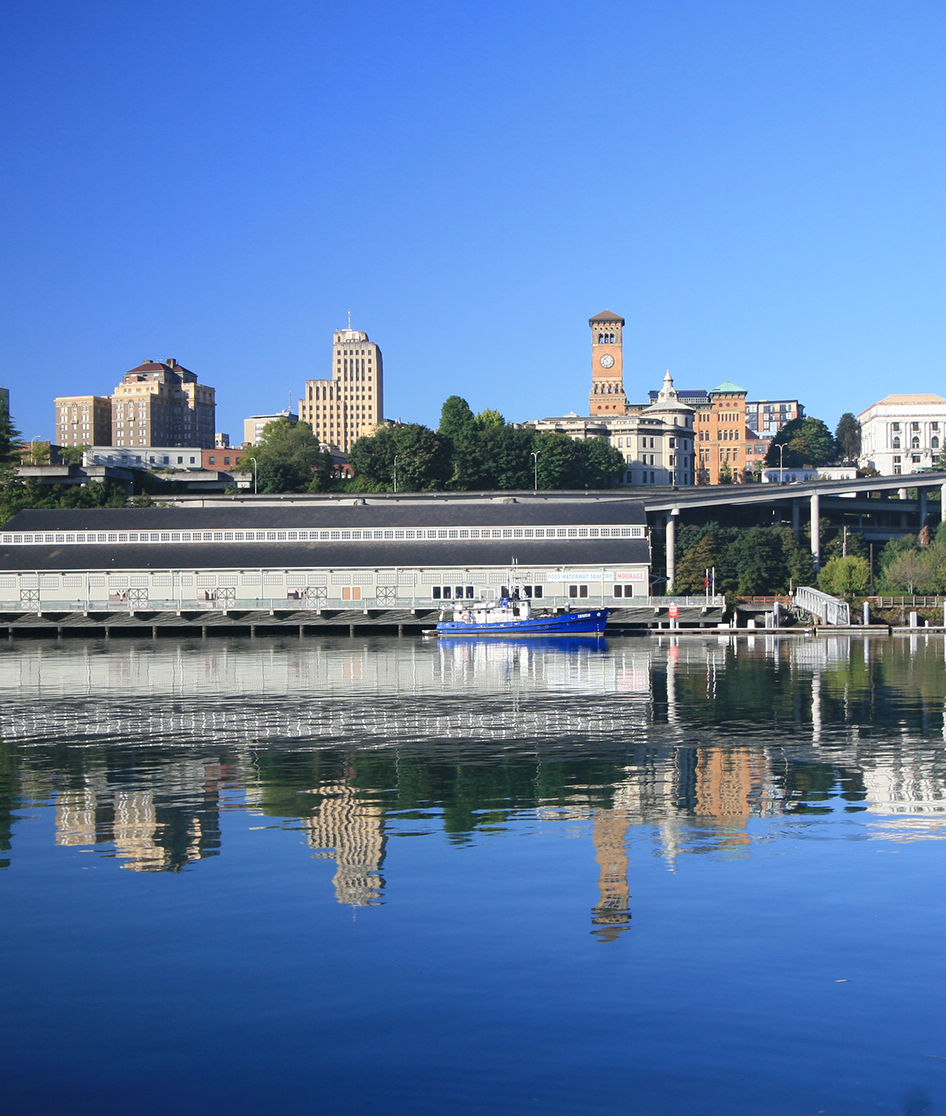 The Foss Waterway Seaport Wharf and Building Upgrade project consisted of total replacement of a 100-year-old timber wharf that was in severe disrepair and in danger of collapse. The wharf supported one half of a historically significant timber warehouse building. The replacement wharf was constructed on steel pipe piles and utilized precast concrete girders and deck panels as well as cast-in-place concrete. The design effort was particularly unique because the warehouse building had to be protected during demolition and reconstruction of the wharf. Creative shoring designs coupled with staged construction planning was critical to ensure adequate support of the building during wharf construction.The project also included the design of seismic upgrades to the historic timber building. The east half of the building is supported by the pile-supported wharf and the west half of the building is supported onshore. Steel concentrically braced frames were added to the interior of the building and the roof diaphragm was strengthened to provide capacity necessary to resist IBC-level seismic forces. Also included was the preservation of a historic section of the brick wall that forms the north side of the building. The building is occupied by the Foss Waterway Seaport Museum and owned by the City of Tacoma. KPFF provided Project Management, Civil and Structural Engineering services to both the owner (City of Tacoma) and the tenant (Seaport Museum) throughout the entire duration of this 13-year, multi-phase project.