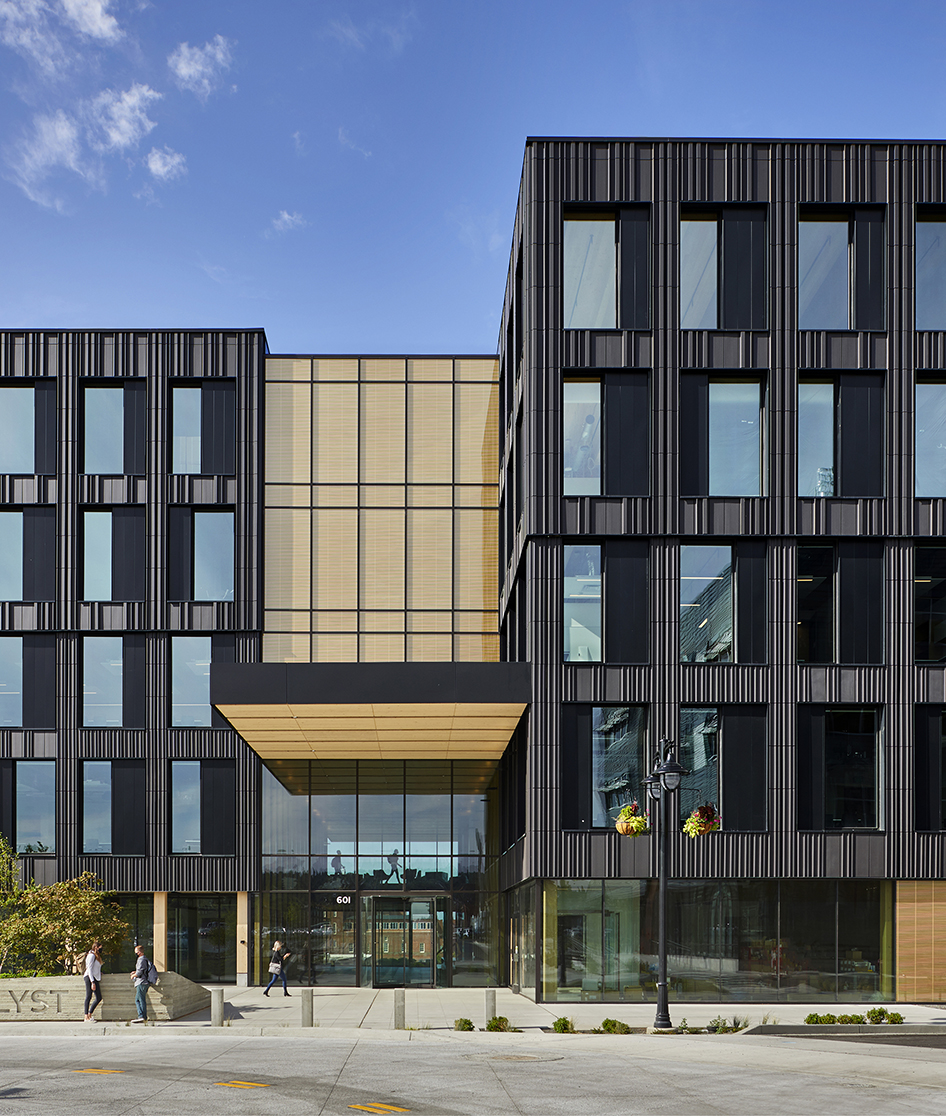 Completed in 2020, the Catalyst Building is a 5-story, 160,000sf mass timber building featuring Cross Laminated Timber (CLT) and Glued-Laminated Timber (Glulam) elements. The building provides space for both offices and higher education classrooms located in the developing “South Landing” region of Spokane, WA. The design team, including Michael Green Architecture and Katerra, used mass timber as an integral component to achieve both the zero energy and zero carbon building certification.

The Catalyst Building was ambitiously designed to use mass timber in numerous ways to create a truly complete timber structure. The CLT floor panels serve as the building’s diaphragms, eliminating the need for concrete toppings and significantly reducing the structure’s carbon footprint. By using carbon-capturing mass timber, the carbon footprint of the structure is drastically less than if the building were concrete or steel. The use of CLT for cladding panels also improved insulation performance and combined with an extensive solar system on the roof, the building achieves near passive-house energy performance.

KPFF came up with several structural solutions that were outside of the prescriptive code paths, for which they had to seek authorization. The team received approval from the jurisdiction to use materials in innovative ways. Most prominent of these innovations is the unique performance-based designed lateral system, which consists of CLT shear walls combined with Buckling-Restrained Braces as hold-down elements. This system is the first of its kind and is outside of the building code pre-approved traditional systems. KPFF collaborated with the jurisdiction to provide a performance-based seismic design. Component testing was completed at Oregon State University to determine strength, stiffness, and ductility measurements of the shear wall connections. Since the completion of the project, it has been the subject of several presentations and technical articles, leading to further industry advancement.