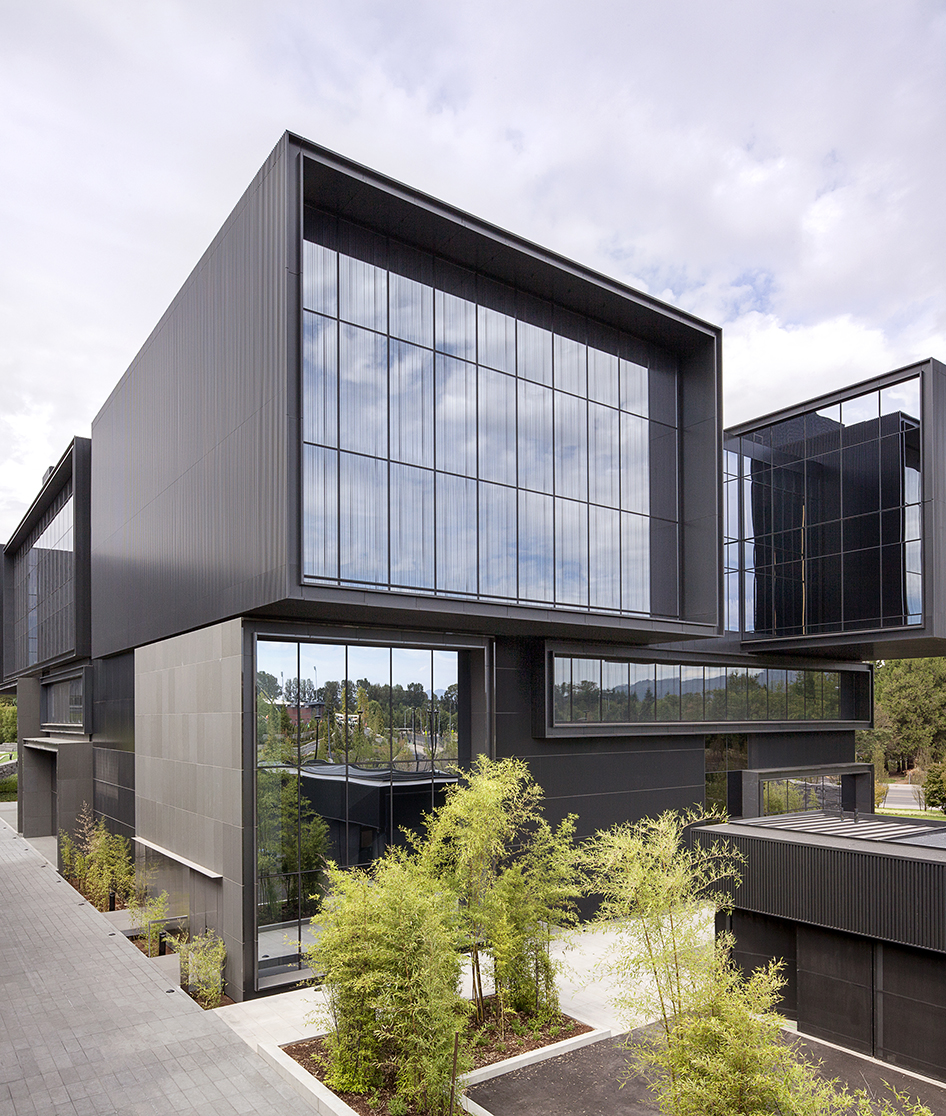 The privately-funded 145,000-sf Hatfield-Dowlin Football Performance Center has empowered the University of Oregon’s elite football program with groundbreaking facilities to help the program maintains its competitive edge. Made possible by a devoted set of donors, the complex is intended to serve as a lasting legacy and a clear proclamation of strength and innovation.

The complex provides world-class training, teaching, office, and nutrition services to the team and staff. A football program that demands excellence from its players and staff deserves no less from its facility. Steel enables floor cantilevers of up to 50 feet, the intricate façade, and, perhaps most notably, the exposed structural steel truss diagonals that run the length of the players’ lounge.

The most innovative and technically challenging structural component in the complex is the three-story “Office Bar”. Structurally similar to a bridge: the bottom hovers approximately 40 feet above an exterior plaza that serves as the players’ walkway to the practice fields. While the building core walls were designed to provide adequate independent seismic resistance, a parallel seismic analysis was performed to consider how frame action between the core walls and steel trusses might affect the behavior of the structure. The striking appearance of the office bar is augmented by the unique glazing featured on the west façade. It is composed of a series of intermittent exterior glass panes in alternating positions across three planes. Offset from the building skin by several feet, it hangs from cantilevered HSS beams that extend from the roof, providing a significant expression of dimensionality, creating fantastic shadow patterns, and shading the interiors.