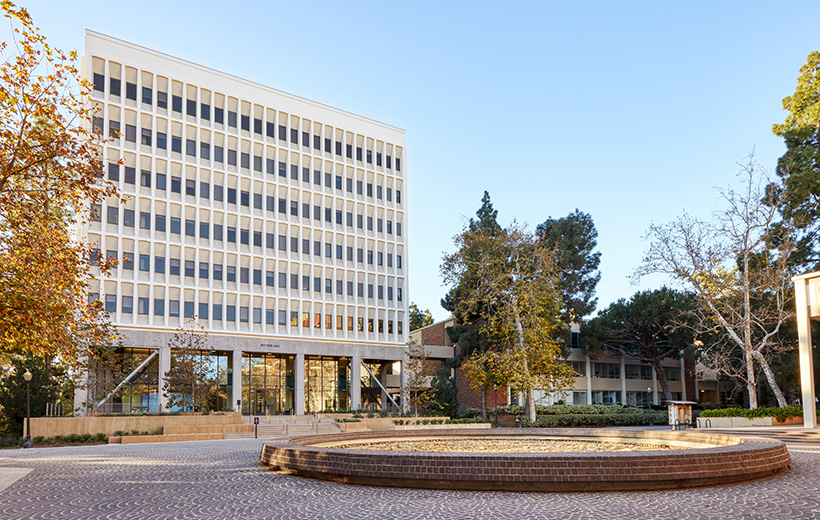 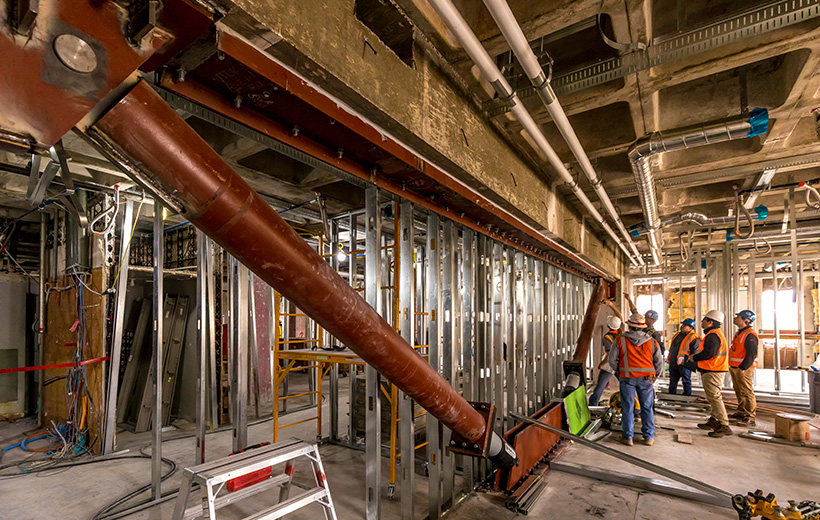 Pritzker Hall is the home of the department of Psychology at UCLA, and is comprised of four existing buildings, one of which has been found to be in need of seismic repairs to achieve the seismic performance required by the UC system. The subject of this seismic retrofit project is the 1965 reinforced concrete tower, which consists of 8 stories above grade, a penthouse, and 3 stories of basement. An initial seismic retrofit study performed by a different structural firm determined that the existing lateral system of the tower needed to be substantially strengthened or replaced. KPFF’s approach, which is the scheme that the owners decided to pursue, differed from the original studies, and uses a technique that closes the gap between existing capacity and demand by mostly reducing the demand, rather than increasing the strength of the system. The reduction of seismic demand is achieved through the inclusion of viscous dampers in select locations of the building. This approach was found to be less invasive and more cost efficient than the original scheme. The new approach also allowed the owners to phase the execution of the retrofit scheme, allowing greater budget and schedule flexibility.