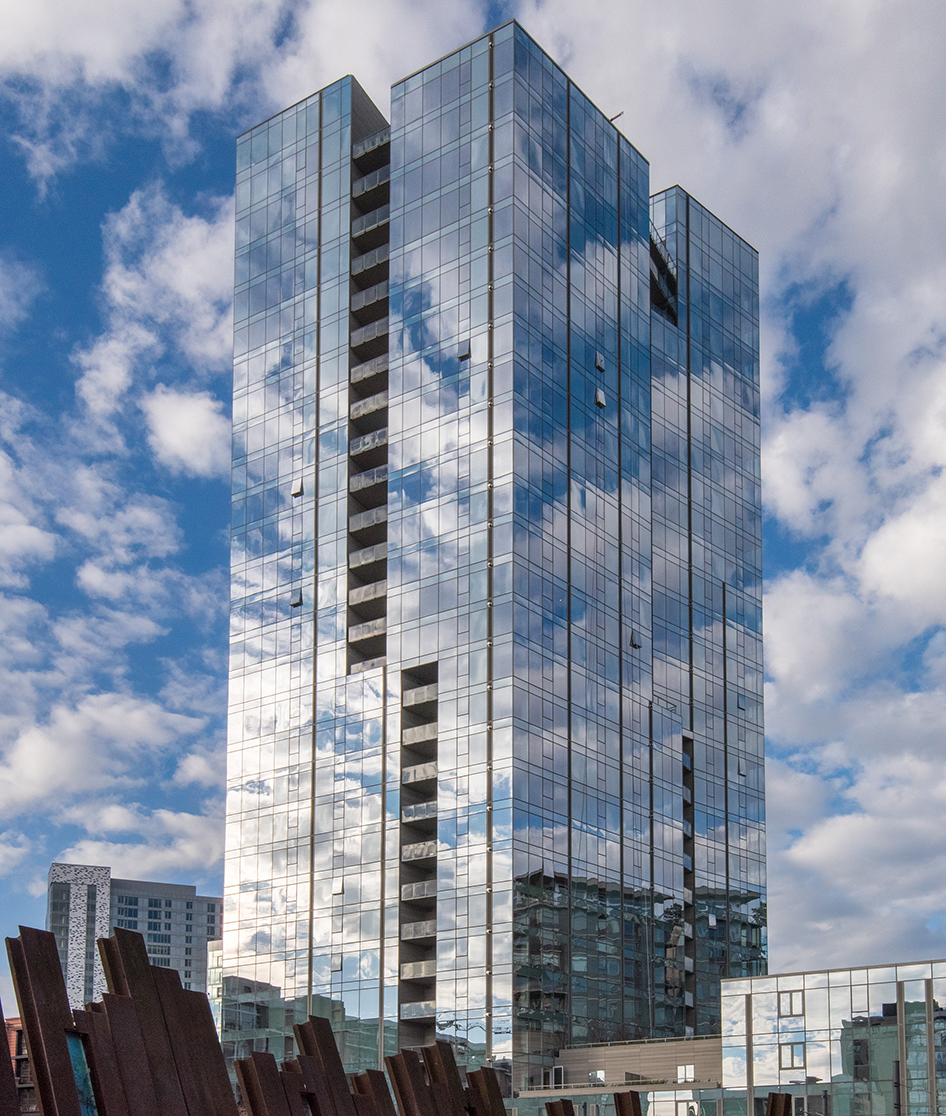 Situated between two city parks in Portland’s Pearl District, the Cosmopolitan is the tallest residential building in Portland. Site and zoning constraints drove the design of the 340-foot-tall, 28-story point tower, which sits on a full city block.

The structure is composed of post-tensioned concrete slabs with concrete moment frames at the building core. Soil conditions did not permit sub-grade parking, so the building includes three levels of above-grade parking behind residential and retail units, concealed by a four-story podium. The podium, supported by drilled shafts, is topped with shared indoor and outdoor common areas and green roofs. Sleek cladding gives the impression of a singular form, rather than a separate base and tower. The glass curtain wall that envelopes the entire building was produced by Benson Industries and is the same product as used on the Freedom Tower in New York City. Recessed decks rise in columns in the tower, cleaving it into distinct planes and giving each unit a protected outdoor room from which to enjoy wide views of the City and West Hills.