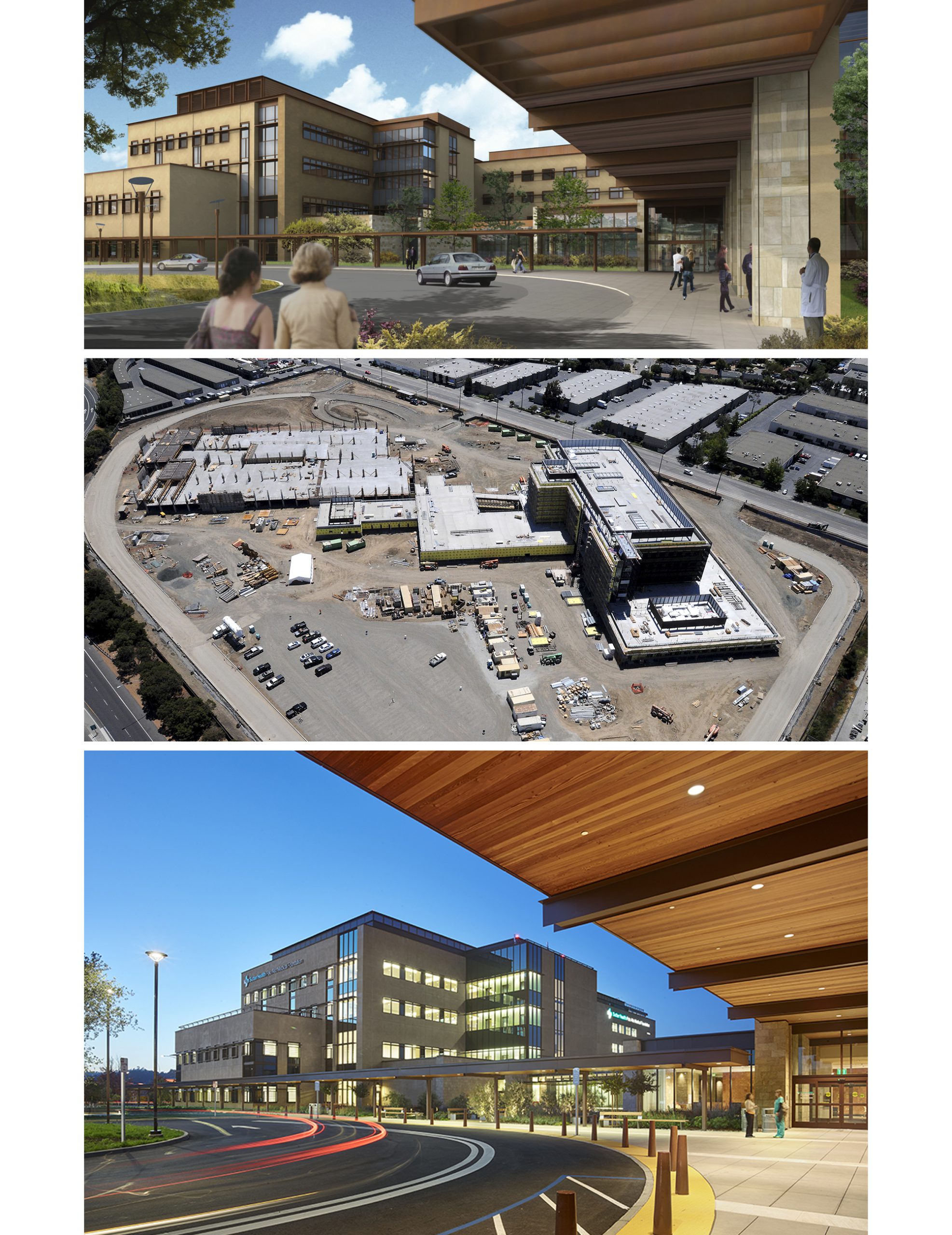 Focused on the patient experience, the Center and the surrounding campus were developed with the growing Southern San Mateo County community in mind.

Finished in late 2014, the site was covered with over 2,000 piles that could not be reused for the new development and were subsequently planned for removal at a substantial cost of over $3 million. KPFF suggested that the existing pile locations be surveyed and proposed siting the buildings to miss the majority of the piles, ultimately only removing 22 piles and creating only 8 unique foundation configurations for the remaining conflicts.

Through the Target Value Design Process, KPFF utilized Set Base Design to manage the final selection of the lateral force resisting systems late in the process. This tool allowed the architect and owner to develop the programming first and as the final program was completed KPFF was then able to change out the lateral system at the last possible moment, saving 4-5 psf of structural steel while still meeting the Owner’s Conditions of Satisfaction. The early and on-going integration afforded our team the knowledge of the programming needs, allowing the late switch without adding additional design and coordination problems.

The efficient process also embraced sustainable design approaches, allowing the center to engage with the natural setting and operate with minimal ecological impact.

Read more about the project in this feature from Building Design + Construction.