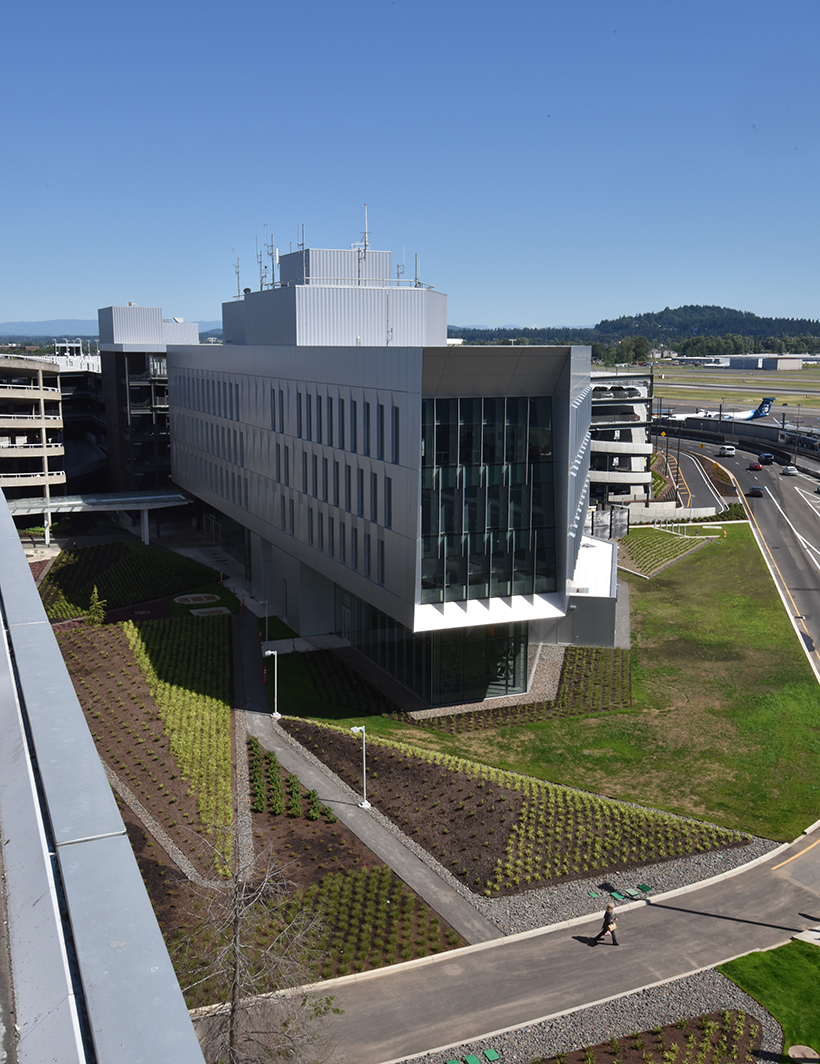 KPFF carefully coordinated and developed a set of targeted seismic resilience criteria with the Port of Portland, to maximize value while ensuring critical operational goals will be met. The office building is designed as an essential facility and has been further strengthened beyond code requirements to be operational after a major seismic event. Additionally, the airport emergency operations center and associated data center within the building are protected by floor seismic isolation, which KPFF also designed for the system manufacturer, to ensure continuous operations of critical services under severe seismic events, despite the site’s highly liquefiable soils. The garage is designed to be readily repairable after a major seismic event and has been detailed to limit damage and settlement of the structure to avoid closing the garage. Structural components of the project also included new bridges and tunnels connecting to the existing parking garages.

PACR is part of the Port’s $2 billion PDX Next project, a series of large capital improvement projects.