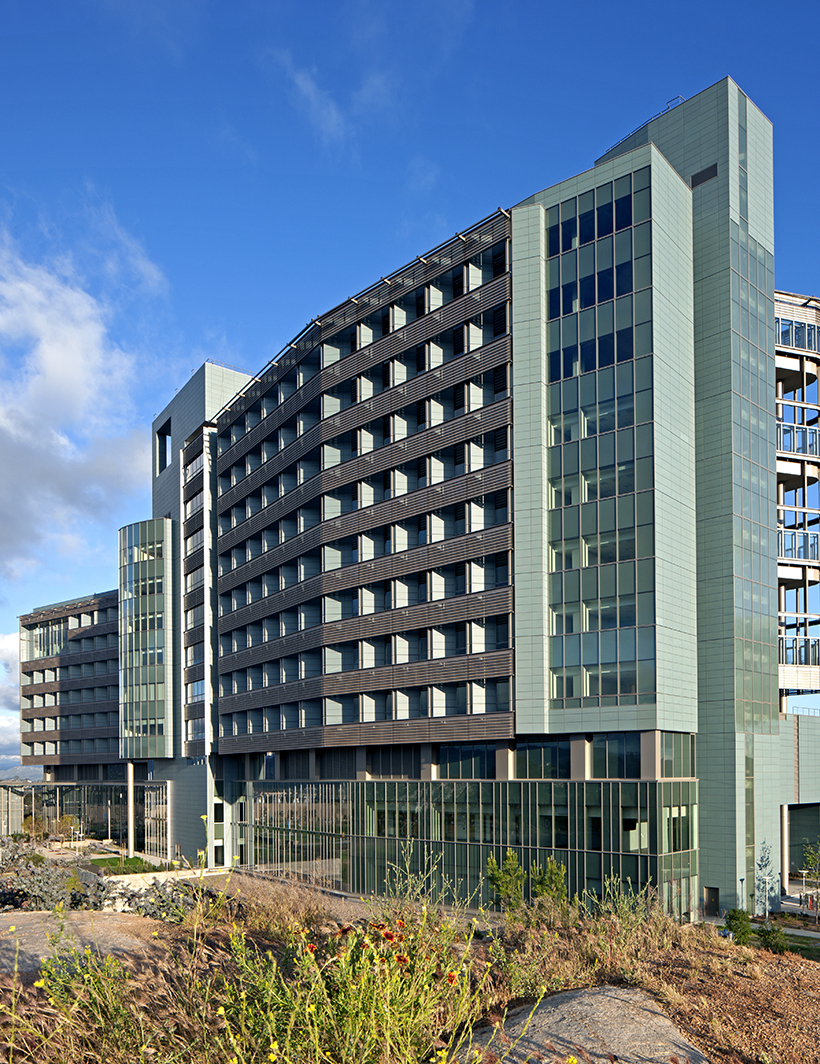 Palomar Health’s new flagship hospital is 11-stories and 288-beds. Palomar Medical Center (PMC) was designed by CO Architects and built by DPR Construction. For years, it was the largest construction project in California. The new PMC is widely considered an architectural and technological masterpiece. Twenty-five million pounds of structural steel and 5 million feet of electrical cable were used during construction. The $956-million hospital was paid in part through a bond passed by North County voters in 2004.

There are countless outstanding aspects of the new hospital, which include extensive use of natural light, a 1.5-acre rolling green roof, wireless access throughout the facility, expansive gardens and a large custom chandelier in the main lobby that makes a dramatic first impression for those visiting the hospital.