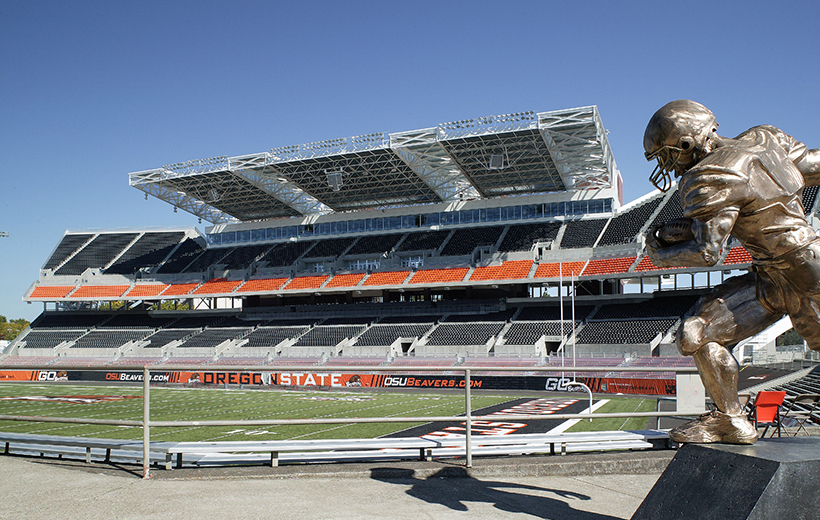 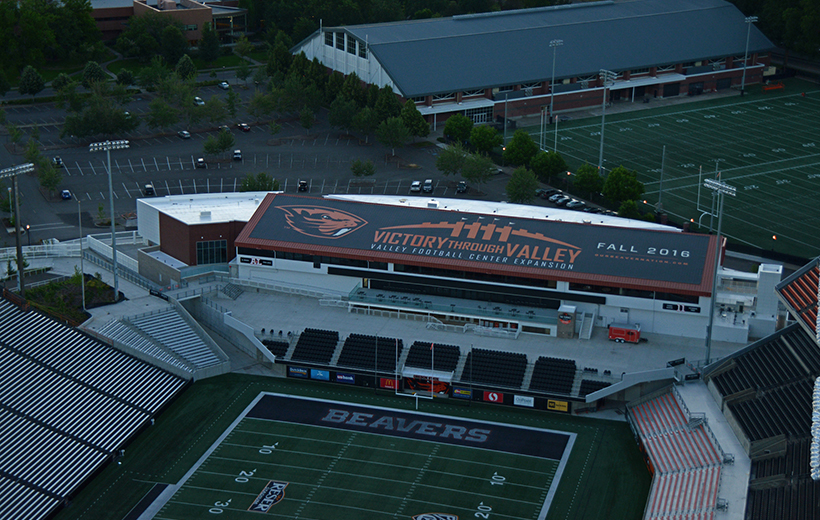 KPFF has served as civil and structural engineer for Phase I, Phase II, and Phase III of OSU’s Reser Stadium expansions in Corvallis.

Phase I replaced the existing east side seating with a new double decker grandstand that increased the capacity to 43,000 seats. The expansion included 21 new suites, an upper level club, a Founders Club, and new concessions and restroom areas on the upper and main concourses. Civil components included new sanitary sewer, stormwater quality treatment and detention, fire protection and natural gas services, along with extensive site improvements. Phase I was completed in time for the opening game on September 3, 2005.

Phase II included the South End Zone renovation and Gill Annex, which involved replacement of the north and south end zone seating, a 20,000-sf weight room, restrooms, concessions and visitors’ locker room. Civil scope included site utilities and grading, tying into existing campus systems and coordination between several different projects on the same site. This $30M project was designed and constructed in the off-season with tight time constraints to complete before the football season reopened in September 2007.

Phase III included redesign of North End Zone seating and additions and renovations to all four sides of the existing Valley Football Center, including new locker and equipment rooms, a sports medicine area, meeting and conference rooms, an entrance lobby, and a media room. This $27M phase was completed in 2017.

Additional work at Reser stadium has included an expansion feasibility study in 2001, a new parking garage and a two-acre surface lot, as well as a seismic analysis of the west side of the stadium in preparation for the final phase of expansion.