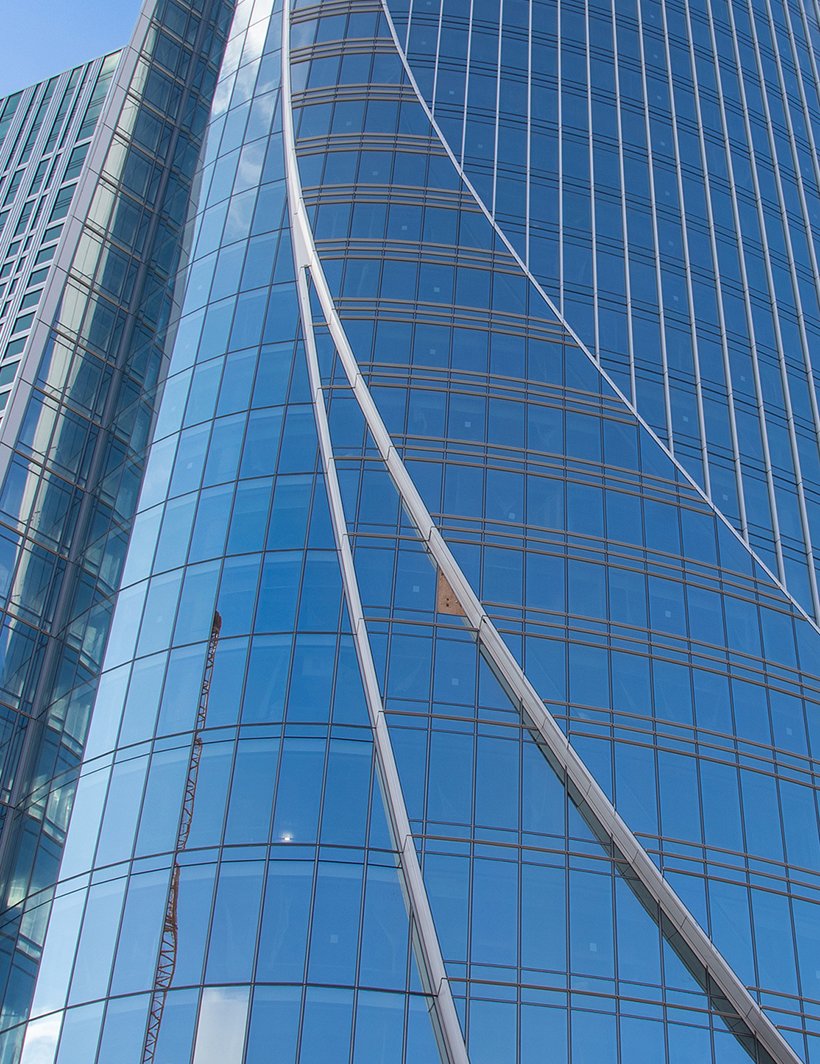 One Congress is a new, one-million-square-foot, 43-story office tower at the heart of the Bulfinch Crossing redevelopment, which transforms a formerly car-centric part of Boston into a thriving pedestrian-friendly hub while reconnecting Boston’s iconic downtown neighborhoods. Centrally located near multiple prime transportation options, the building is one of the city’s most desirable places to work. The tower sits on two subway lines, adjacent to the Boston Public Market, the North End, and the Greenway.

Rising to 600 feet, One Congress is making its mark as a new fixture in the Boston skyline, with its prominent sail-like form that unfolds up towards the sky in a series of subtly tapering layers. The tower offers sweeping views of the harbor and beyond as its exterior walls capture the sheer blue light reflected by the harbor and Charles River. Its façade contains multiple wall types and full-height curving reveal elements called “swoops.”  The north and south façades continue above the main roof level and end in the structural “sail” elements. At night, the tower’s silhouette glows softly on the horizon.

Wellness, sustainability, and luxury were top-priority goals for the owner of this project. Expansive and airy, the interior of the tower evokes the outdoors throughout.

On the eleventh floor, a 30,000sf rooftop garden provides space to lounge under the trees, share a meal, or work outside on a nice day. At street level, the tower’s base opens like a theater curtain to a public square and pedestrian walkway to City Hall Plaza. The welcoming, transparent lobby softens the distinction between public and private space. Other features include a full-floor amenity center, consisting of a fitness center, high-quality dining options, and event/conference space.

The Bulfinch Crossing development will be phased in over time around the existing parking garage. The tower has an elliptical floor plate that merges with an existing parking garage structure on the south façade below level 11. Steel Outriggers at the swoops accommodate straight runs of the back-up swoop steel. Vertical steel strong-backs are positioned behind the mullions at the swoop transition between L1 and L6. The One Congress tower set for completion in 2023.