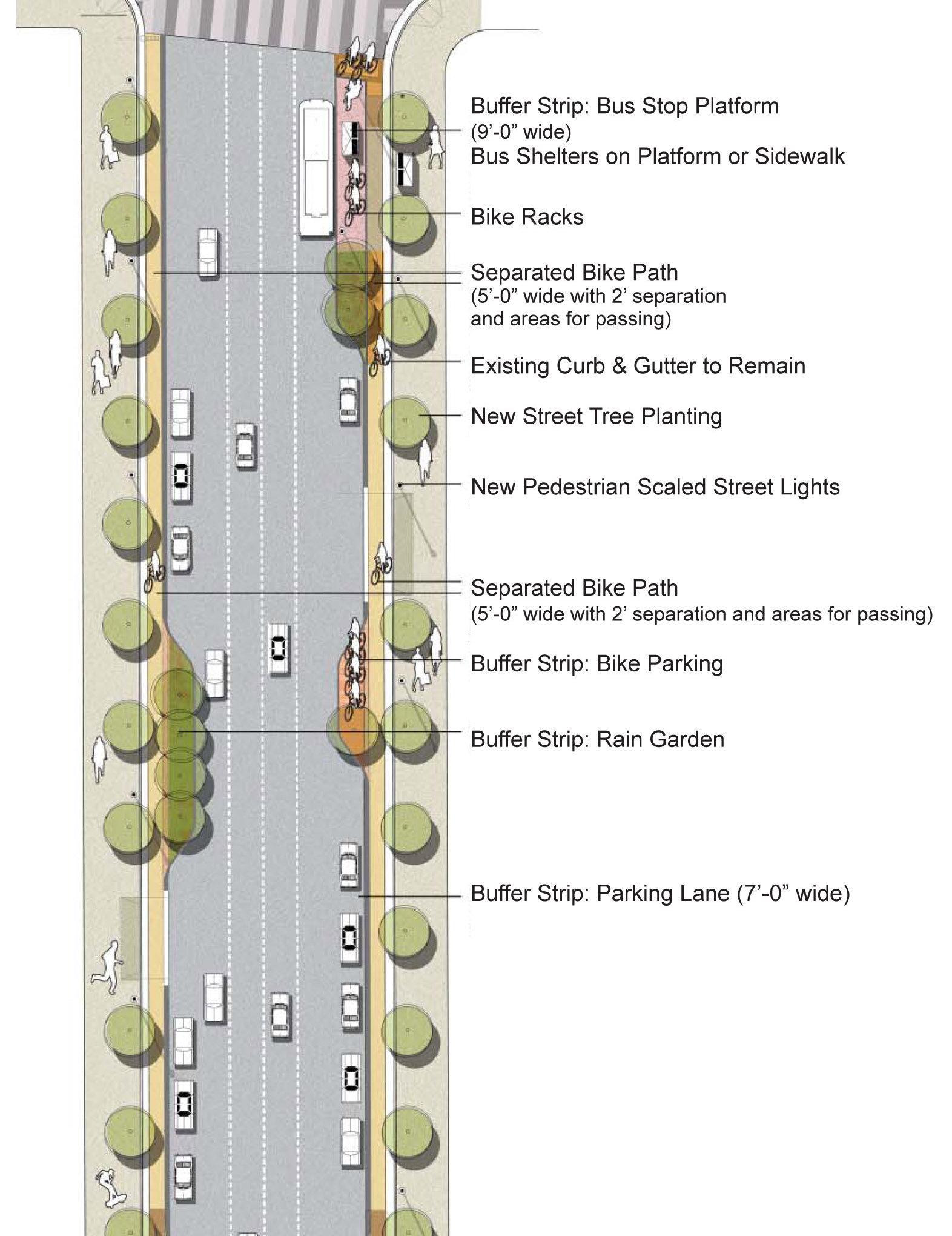 $20 M project includes 4 miles of streetscape improvements and LA’s first separated bike lane. My Figueroa is an ambitious project through the heart of Los Angeles that dramatically altered the previous automobile-centric road with a more contemporary multimodal approach for pedestrians, bicyclists, buses and cars.

The project’s lofty goals of reinventing how we as Los Angeles residents think about transportation took a steady approach and involved working in partnership with over 15 different city departments, public agencies, and elected officials.

The project consisted of streetscape improvements along three miles of Figueroa (from 7th Street to 41st Street), one half mile of 11th Street (from Broadway to Figueroa), and one-half mile of Martin Luther King Boulevard (from Figueroa to Vermont). Improvements included some of the first separated bike lanes in DTLA, new transit platforms, sidewalk extensions and bulb-outs, landscaped median islands, and sidewalk enhancements such as new paving, street and pedestrian lighting, street trees, street furniture, way finding signage, and landscaping thus remaking the streets for people.

The project was originally part of the Los Angeles Community Redevelopment Agency (LA/CRA) that was dissolved in 2012. After many months of uncertainty, the Department of Transportation took control of the project. Nearly 8 years later, the project was completed in 2018, and our commitment and persistence played a critical role in its success.

In addition to the improvements to the walkability and bikability of the neighborhood My Figueroa has been recognized with a Winner of Quality of Life Merit Award from the ASLA Southern California and Pedestrian/Bicycle Project of the Year from the California Transportation Foundation.