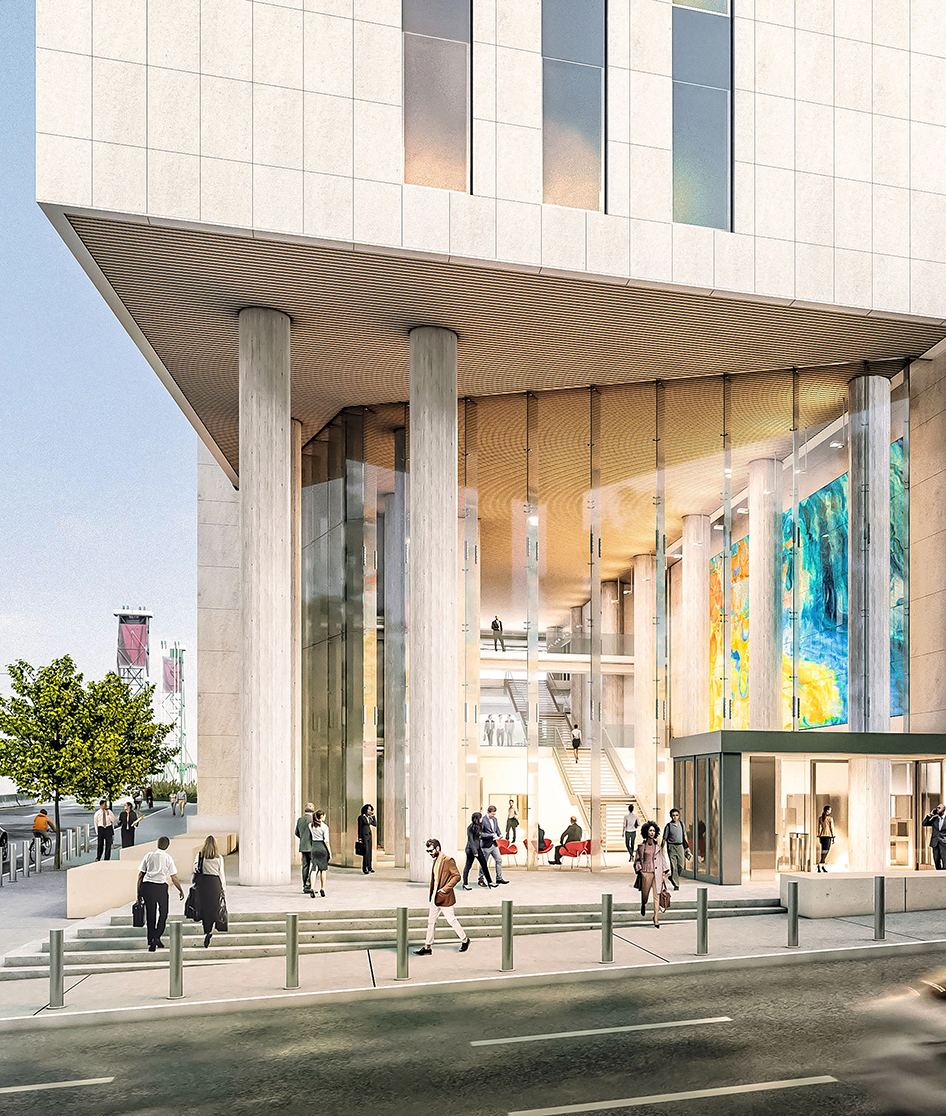 This new 17-story structure serves as the center of the judicial system for Multnomah County, replacing the original 8-story 1914 courthouse, which had become structurally and functionally obsolete. The three main goals for the replacement project were to expand safety and security to the interior, bring building’s seismic resistance up-to-code, and improve the experience of the 800,000 residents that the courthouse serves.

Situated on Portland’s downtown waterfront, the new 450,000sf tower includes courtrooms, judicial offices, and security facilities. An open, light-filled entry lobby serves as an open marketplace of readily accessible services for the public. Most of the services that County citizens require are carried out in this lobby, which welcomes the public with features such as a café, information kiosks, directional and thematic displays, public art, and a dramatic staircase leading to a majestic view of Mt. Hood and the Willamette River.

A holistic approach to the environmental sustainability permeates every aspect of the building design, from the high-performance envelope to the radiant heating and cooling systems for judge and staff offices. The uniquely composed façade coupled with the structural thermal mass captures the solar heat gain delivered by the morning sun. A radiant hydronic loop embedded in the concrete floor absorbs the energy that falls on the slab and redistributes it to other public spaces, reducing building heating loads on a clear winter morning by up to 20%. On the rooftop sits an array of solar panels whose excess energy production provides power to the adjacent Hawthorne Bridge.

To enhance the structure’s performance in case of an earthquake, the KPFF team used dynamic load analysis at various hazard return periods. Fluid viscous dampers were implemented in the structural system in parallel with a reinforced concrete moment frame. Fluid viscous dampers transform input energy from ground shaking into heat much like the front struts on a car absorb the impact of a pothole. A constructibility analysis by the general contractor, the damper manufacturer, and KPFF using advanced BIM modeling led to a successful damper installation.