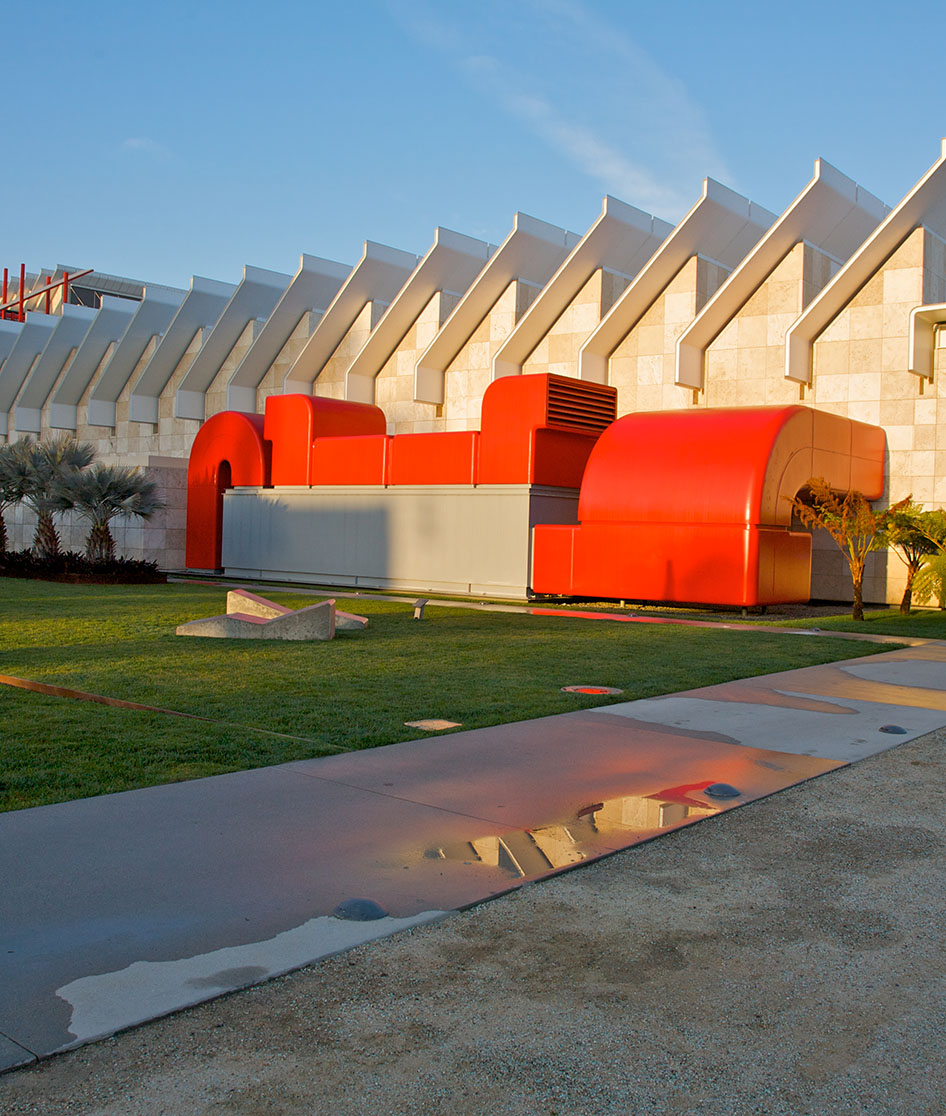 KPFF provided civil engineering services for the Los Angeles County Museum of Art (LACMA) Transformation Projects, covering 16 acres, that began in 2004 and completed in 2012. Opening for visitors in January of 2008, Phase 1 of the LACMA Transformation included the addition of the 3-story Broad Contemporary Art Museum (BCAM), two-level subterranean parking structure for 1,200 cars and underground central plant, and new Entrance Pavilion, the installation of Chris Burden’s ~Urban Lights~ exhibit, and the renovation of part of the existing Ahmanson building. The total construction budget for the LACMA Transformation Projects was approximately $195 million.

In addition to several acres of extensive site improvements and landscaping, Phase 1 included the vacation of Ogden Drive between Wilshire and 6th street, which necessitated the relocation of public utilities including approximately 900 feet of 87 to 96-inch diameter reinforced concrete storm drain owned and maintained by LA County. Due to traffic mitigation triggered by removing Ogden, Phase 1 also required street improvements on Wilshire, Fairfax, and 6th as part of a four phased City of Los Angeles B-Permit.

Phase 2 of the LACMA Transformation began with the construction of the 58,400-gsf Resnick Special Exhibitions Pavilion adjacent to BCAM, and completed in 2011 with the addition of a new ticket booth to define the new main entrance to the LACMA campus, as well as a fine dining restaurant and bar under the Entrance Pavilion. Both Phases required significant coordination with local City and County agencies, as well as the international design team including world renowned architect Renzo Piano and executive architect Gensler.

KPFF also provided civil engineering support for “Heizer’s Rock”. A 340-ton granite bolder that was transported over 100 miles from Riverside to LACMA’s campus in Los Angeles where it was suspended in the air for an exhibit called “Levitated Mass”. Project completed June 2012.