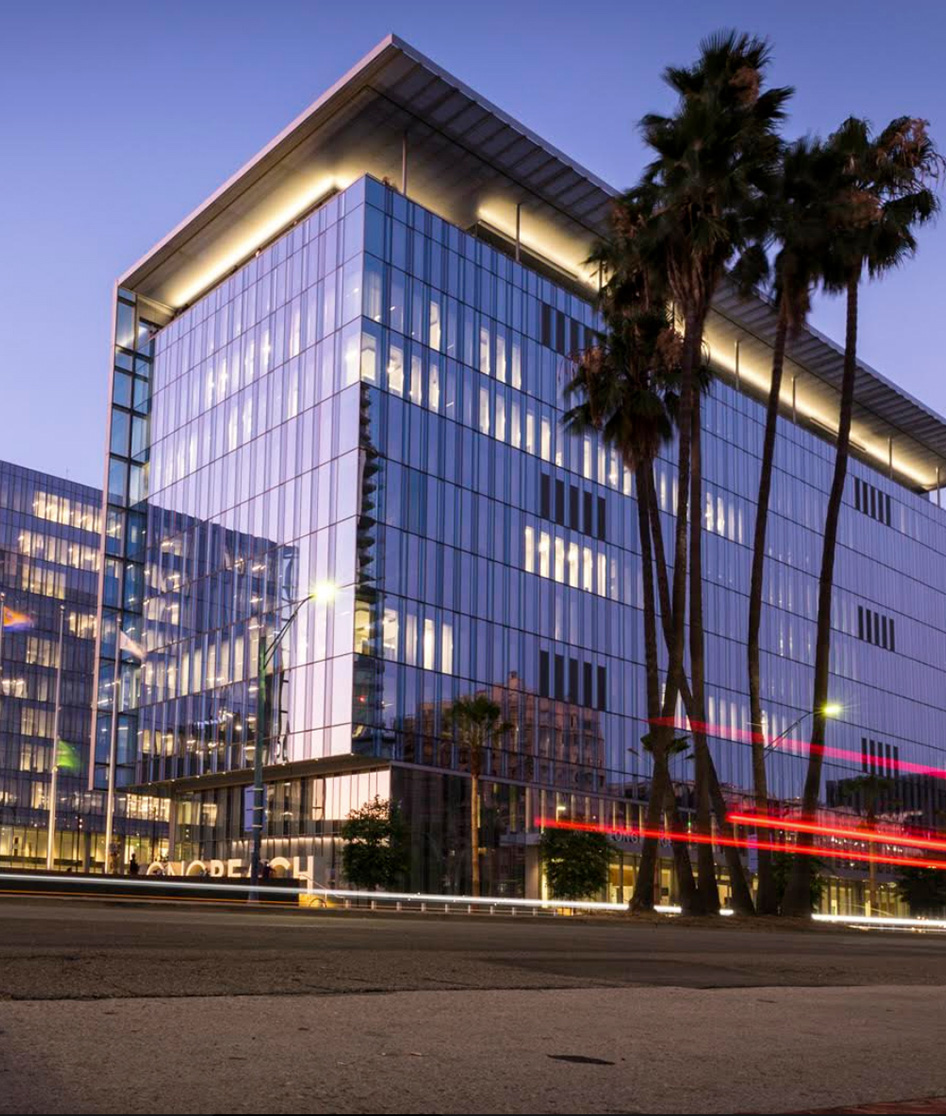 The Long Beach Civic Center spans more than 22 acres across six city blocks, with four connected buildings. While the giant complex includes a new city hall building and Port of Long Beach headquarters, its developers hope an upgrade of public spaces such as the 93,500-sq-ft Billie Jean King main library, reactivation of adjacent historic Lincoln Park and pedestrian-friendly infrastructure will draw residents and visitors to downtown.

“Our design … was grounded in the belief that a great civic center must comprise buildings that further the aspirations of its community and work together to form dynamic public spaces,” says Paul Danna, design partner at Skidmore, Owings & Merrill Los Angeles, the project’s lead design firm.

The $520-million civic center project is the largest completed municipal building done through a public-private partnership in the U.S. and the first municipal design-build-finance-operate-maintain project in North America.

The civic center was designed to replace an existing one, with its four structures linked by pedestrian walkways and public plazas. “By reintroducing the city grid and expanding infrastructure for bicycles and pedestrians, our plan integrates the site with surrounding neighborhoods,” says Danna.

Sustainability features, such as 500 kW of newly added solar photovoltaic arrays, are set to cut electricity use by more than 25% and gas use by more than 15%, in keeping with a 2010 city action plan. Schedule efficiencies and collective problem-solving generated nearly $1 million in cost savings for the city.