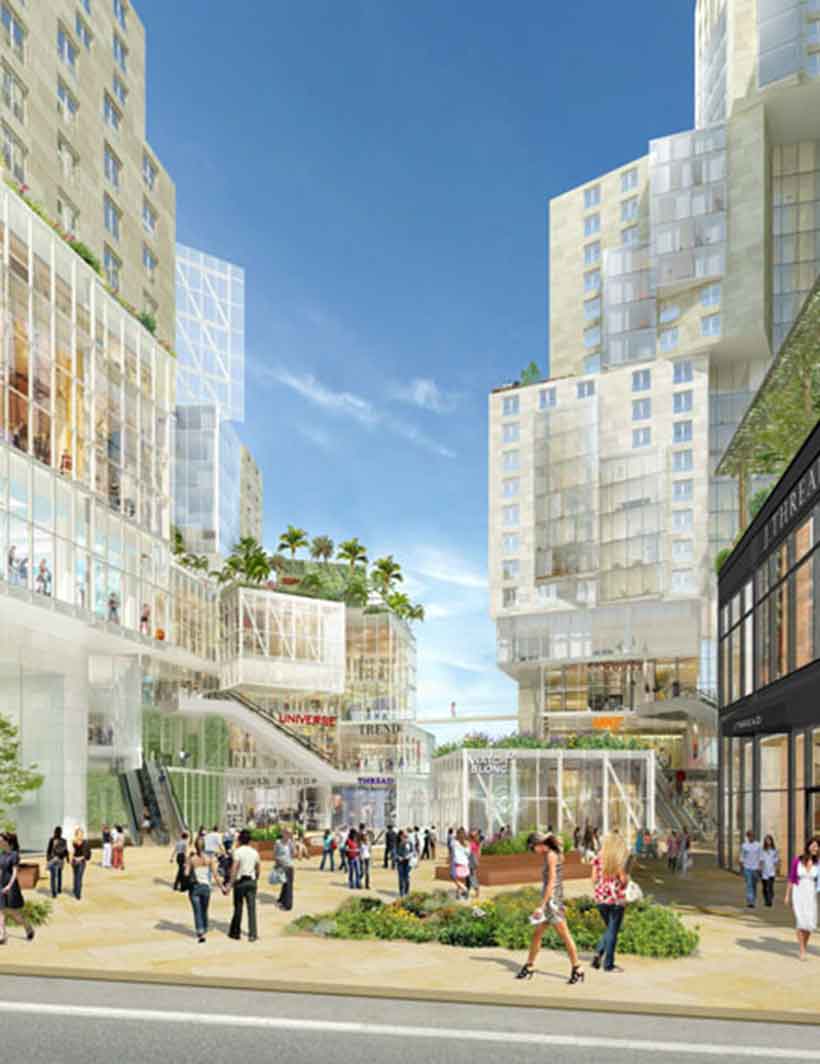 The Grand LA project is located in the Bunker Hill area of downtown Los Angeles, immediately across from the Walt Disney Concert Hall. The Frank Gehry-designed building consists of a new 39-story residential tower and 20-story hotel tower accommodating retail, restaurant, and health club space. Below the towers and retail complex are four levels of parking garage, two of which are fully underground.

Part of the Grand Ave Arts Corridor, the Grand LA is adjacent to arts and culture venues including the Music Center, Walt Disney Concert Hall, The Colburn School of Music, The Broad Museum and the Museum of Contemporary Art, adding a dynamic mixed-use district fitting for the cultural center of Los Angeles.