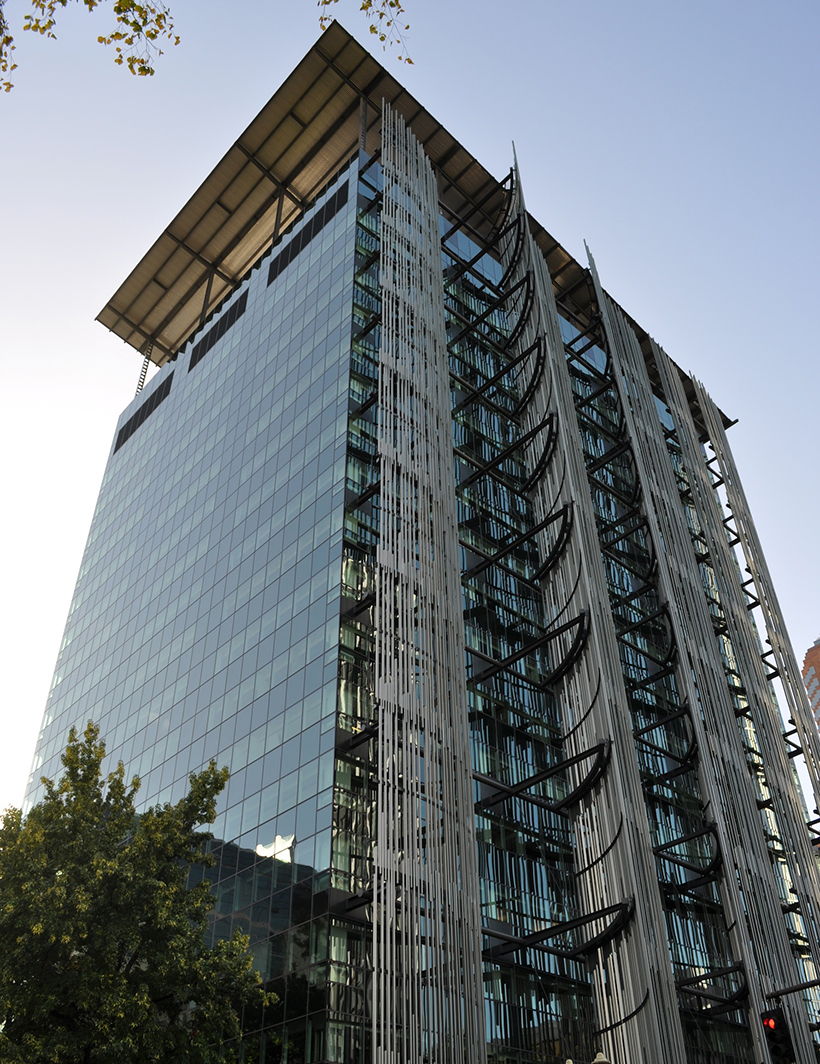 Opened in 1975, the Edith Green-Wendell Wyatt Federal Building in downtown Portland is home to 16 federal agencies and more than 1200 federal employees. This 18-story tower has more than 370,000sf of office space and occupies one full city block with two levels of basement and parking areas. KPFF provided structural and civil engineering design services for seismic evaluations and upgrades to completely modernize the existing building. Beginning in 2009 and completed in 2013, the modernization project added green building features, including new mechanical, electrical, plumbing, and data systems designed to make it one of the most energy efficient office buildings in the country.

To achieve optimal performance and economy, KPFF used advanced performance-based seismic analysis and design. A detailed BIM model, incorporating all existing structural frame elements, was developed for structural analysis and served as the basis for construction documents. The advanced analysis allowed designers to achieve the required performance at significantly reduced construction cost. The existing precast skin was removed and replaced with a glass curtain wall that permitted floor area to be added to the perimeter of each floor.

New grading and drainage around the building supports a new plaza over an existing substructure. Stormwater is filtered through landscaping and harvested for irrigation.

The facility achieved LEED Platinum certification for its use of cutting-edge sustainable design and technology.