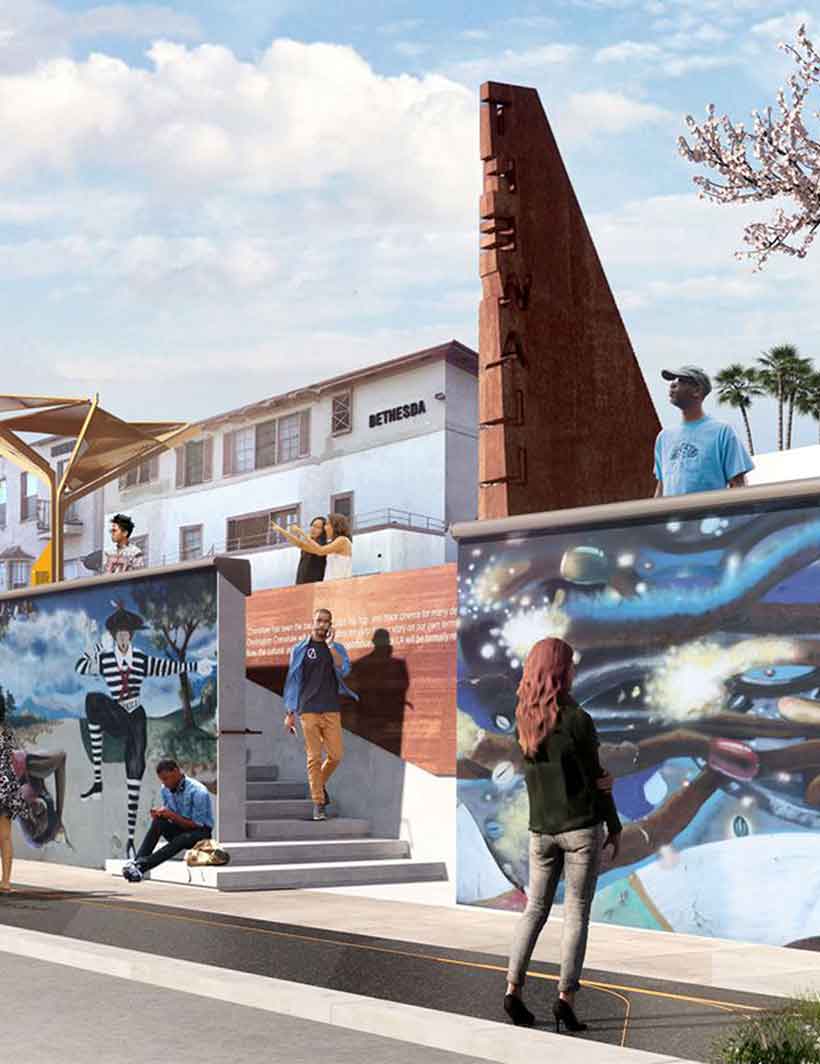 During planning of the LA Metro Rail extension connecting LAX to central LA, the decision to route the rail line above ground at Crenshaw Boulevard could have impacted the Crenshaw community, the heart of Black LA. Instead, an opportunity emerged to foster the area’s strong arts culture.

Read more about the project in recent press from NextCity.