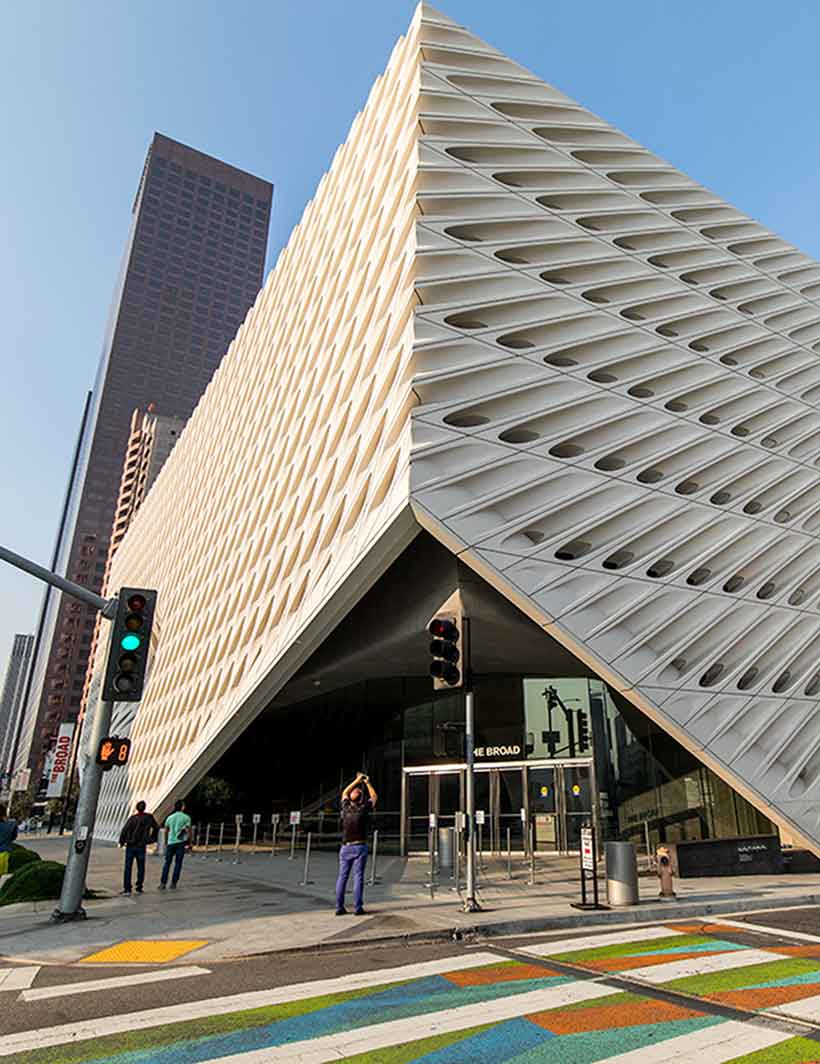 A major downtown gathering place attracting locals and tourists alike, The Broad is listed as one of the “Most Instagrammable Places in Los Angeles”. The project required extensive coordination with several city agencies during the project design phase. Unique project elements include: landscape “eruptions” in front of the museum on Grand Avenue, one-of-a-kind street lights, mid-block crosswalk and pedestrian friendly bulb-outs, modifications to Grand Avenue bridge to create planters, GTK Way Tunnel lighting, and utility coordination.

Civil engineering challenges included 3 coordinated B-permit packages and separate building plans for each of the major project elements (below-grade parking structure, museum building, Broad Plaza, restaurant project and The Emerson Residential). All of the public right of way improvements on this project were non-standard, and so required extra work and negotiation with the city. The site is bound by 2nd Street, Hope Street, GTK, and Grand Avenue.

Since The Broad opened, Grand Avenue has transformed. A significant increase in pedestrian traffic, partially due to expanded sidewalks and public open space, has been a great benefit to the local community.