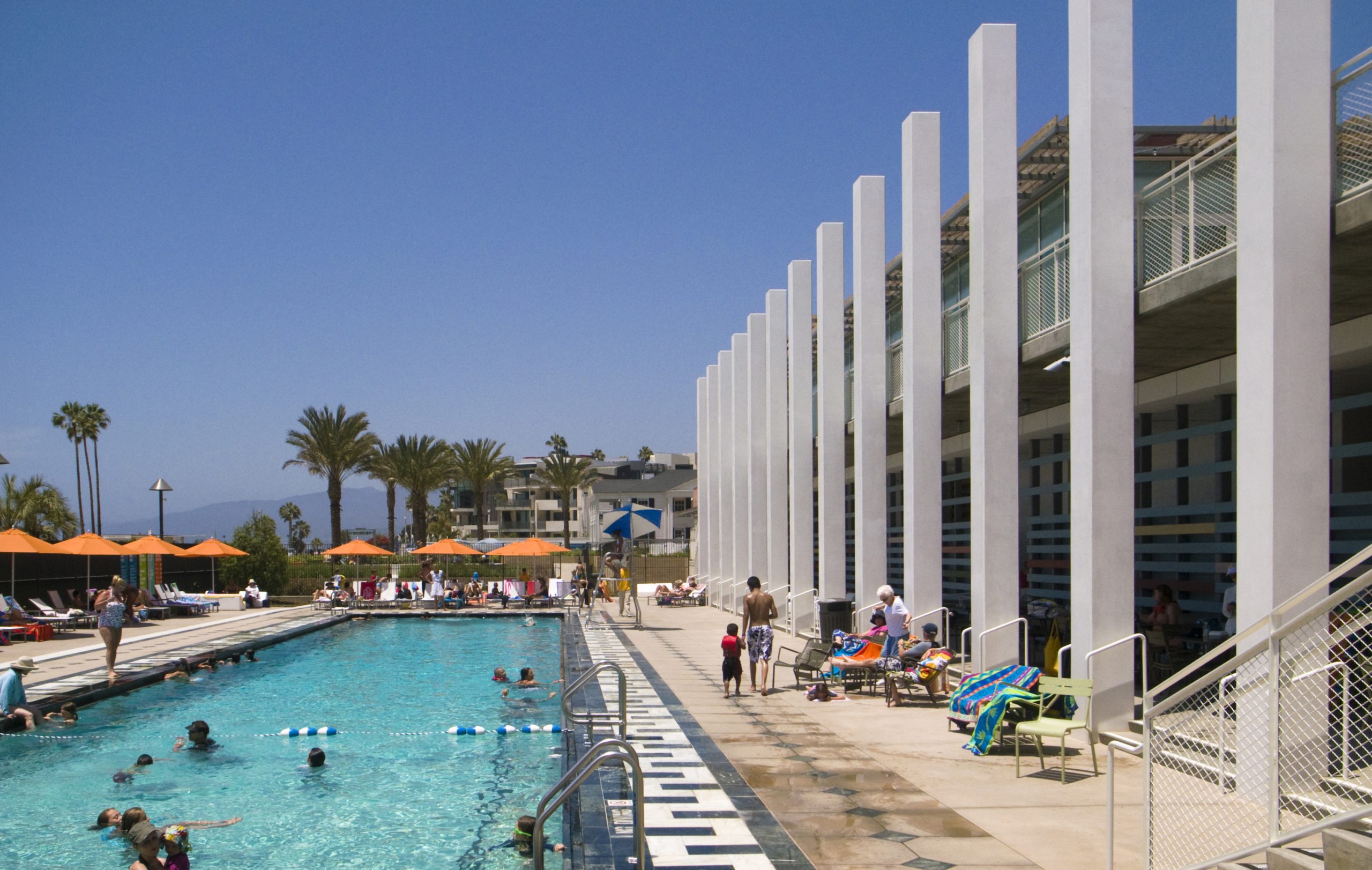 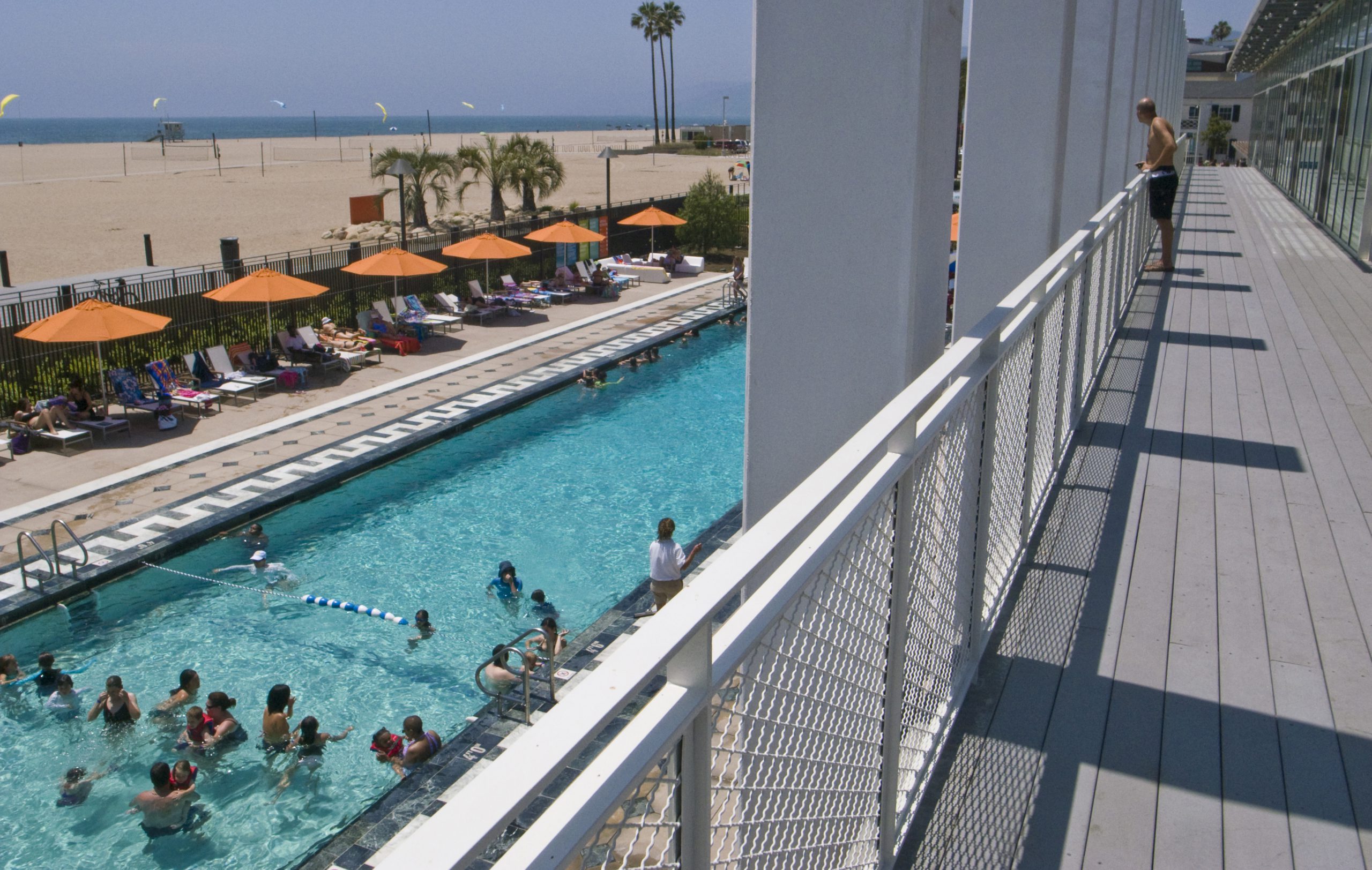 The oceanside estate that was eventually transformed into the Annenberg Community Beach House has a rich Santa Monica history. In the 1920’s, William Randolph Hearst built the property for actress Marion Davies, which later became a luxury hotel and the member-only Sand & Sea club. The mansion was demolished, and the property sold to the State of California in 1959. After suffering severe damage in the 1994 Northridge earthquake, the City of Santa Monica and its residence collaborated to transform the estate into a public-private partnership with historic preservation as a priority. With funding from the Annenberg Foundation, the project team rehabilitated the site’s two remaining original features, the Marion Davies Guest House and the swimming pool. KPFF provided structural and civil engineering services integrating the architects design of new construction that honors and reinterprets the long-lost mansion.

The off-site services included obtaining approval from Caltrans District 7 for an Encroachment Permit  for utility service connections and for temporary excavation within State public right-of-way along Pacific Coast Highway.